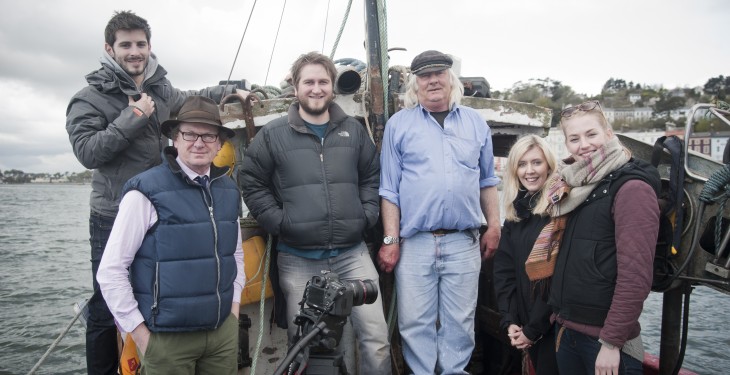 Tourism Ireland has this morning launched the first in a series of new online films – set to entice ‘foodies’ from around the globe.

Showcasing some of the wonderful food gems to be found around the island of Ireland, the films demonstrate the passion of our chefs and food producers for sourcing, using and promoting local Irish produce.

Given that the island of Ireland is so rich in delicious and nutritious home-grown produce, Tourism Ireland wants to tell the story of our indigenous food, to capture the attention of “foodies” worldwide.

The short videos, called “Flavours of Ireland”, aim to whet the appetites of those interested in a wonderful culinary journey on their holiday or short break – and persuade them to choose Ireland.

The films chart the story of various products from the sea, or field, to plate – meeting the passionate artisan producers who create them along the way.

The first film begins in Belvelly Smokehouse in Cobh – featuring artisan producer Frank Hederman, who represents just one of the many traditional smokehouse producers around the island of Ireland.

He takes the viewer on a journey around his native Cobh and gives a real insight into the age-old smoking techniques used to produce his delicious smoked salmon. He speaks about Ireland’s “wonderful raw material” with “our landscape at the heart of what we create” and even passes on his tips about the best way to hold a salmon!

The films, and the accompanying feature articles, will be promoted around the globe on Tourism Ireland’s website, Ireland.com.

Niall Gibbons, Tourism Ireland chief executive, said: “The island of Ireland is increasingly becoming known for its cuisine, with a reputation for high quality, natural products used in both traditional and innovative dishes. Food is such a vital component of the holiday experience nowadays, with travellers becoming more and more discerning about food and where they eat.

“Gastronomy and the extremely high quality of our food is one of the key themes being promoted by Tourism Ireland worldwide this year. The fact that it is possible to enjoy excellent cuisine, and enjoy rich cultural and heritage, very much appeals to our overseas visitors, so it makes sense for us to highlight the island of Ireland as a superb food tourism destination.”