New figures from Kantar Worldpanel show that both spreads are in decline and are being replaced by chocolate spreads and peanut butter.

The Irish sweet spreads market is valued at €53m and year-on-year it has grown 5.8%, Kantar says.

Peanut butter saw a growth increase of 46.7% and had the strongest growth in sweet spreads while honey showed growth of 13.2%.

Chocolate spread had the next biggest increase, the figures show, with a growth increase of 12.6%.

Bord Bia attributes the rise in demand for peanut and nut butters to their health and well-being credentials while it says that honey is a versatile product, and manufacturers are using this to promote its diversity as a natural breakfast accompaniment.

The development of flavoured honeys and smaller, squeezy and novelty packaging formats has also added to the increase in overall volume sales, Bord Bia says. 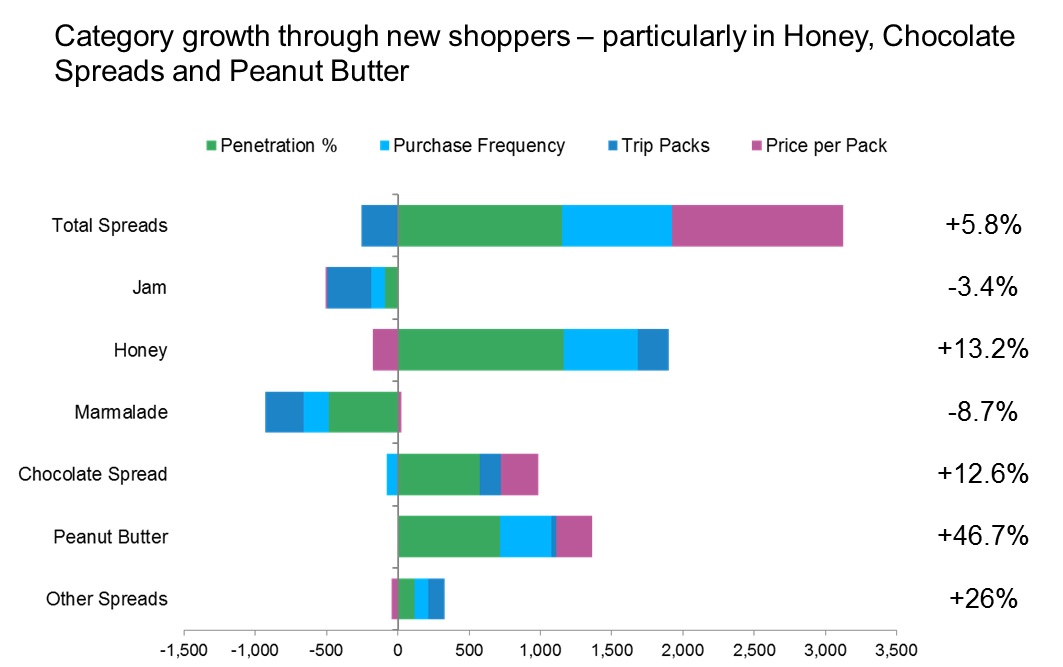 Looking to the UK, research by Mintel says that the value of the market is £464m and growing at 5.7%.

Peanut butter, seen as an alternative protein source, has also grown sales and along with spreads such as Nutella, the value of the category has grown by 34% from 2008 to 2013, Mintel says.

Sales of the more traditional spreads, jam and marmalade, are also showing declines in the UK, with reduced sugar the only segment bucking the general trend of decline, it says.