A west Clare farmer is to plead ‘not guilty’ to a criminal damage charge that arises from an alleged property dispute with a brother.

This follows counsel for father of six, 56-year-old John Morrissey, barrister Pat Whyms telling Ennis Circuit Court that a trial date will be required for his client’s case.

However, the trial may not proceed until early 2021 due to Covid-19 restrictions impacting court business in Ennis and, by that time, Morrissey will have spent more than seven months on remand in custody pending trial.

This follows Morrissey’s decision to remain on remand in prison by not seeking bail.

Arrested on day of funeral

John Morrissey of Clonreddan, Cooraclare, has been in custody since May of this year and has already spent five months in prison on remand.

He was arrested by Gardaí the same day his mother was buried arising from the alleged property row with his brother.

Morrissey’s barrister told Judge Brian O’Callaghan that he has no instructions from his client to seek bail and there are no plans to seek bail “at this point”.

Advertisement
However, as the courts service can’t stage criminal trials in Ennis courthouse currently due to Covid-19 restrictions, the trial will have to be transferred to Limerick.

There is currently uncertainty if the courts service will be able to secure a trial date for the case before the end of the year as the case will be competing with cases from Limerick to get on for trial.

Judge O’Callaghan stated that Morrissey can be remanded in custody to re-appear again via video link to Ennis Circuit Court on December 1.

Counsel for the state, barrister Lorcan Connolly stated as Morrissey is in custody, he would be entitled to priority on the court list.

Judge O’Callaghan stated that he hasn’t lost hope that matters can come to trial in December.

The judge stated that if there is any possibility of a trial being held, John Morrissey and another accused in custody on a separate case, would be listed first.

Judge O’Callaghan stated that bail applications for the two unrelated cases could be made together.

In the case, John Morrissey is charged with “causing significant internal and external structural damage to the home/house of Mary Morrissey and Tom Morrissey at Alva, Cooraclare,” on December 13 last.

As part of the single criminal damage charge, John Morrissey is also charged with damaging the contents of the home/house of Mary Morrissey and Tom Morrissey.

John Morrissey is accused of demolishing the external garage of the home “and damage to the septic tank of the property belonged to Mary Morrissey and Tom Morrissey”.

The disputed property at the centre of the row was owned by John Morrissey’s late mother and she died in May. John Morrissey farms all of the land surrounding the house. 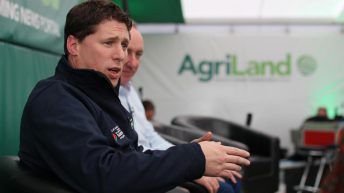