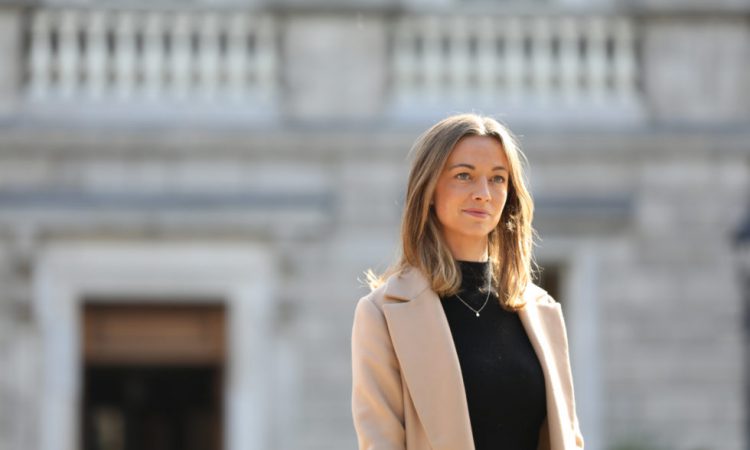 “Importing beef from South America defines instability – that is just ridiculous,” according to TD Holly Cairns.

In a broad-ranging interview with AgriLand news journalist Kathleen O’Sullivan, the Social Democrats’ spokesperson on agriculture discussed the Mercosur trade deal and the meaning of sustainability and ethicality in farming, among other topics.

“We’ve known for a long time that farmers don’t get paid properly. That’s bad treatment of workers. And now, with the way workers are treated in plants being exposed to a deadly virus, really takes it to a whole other level,” the Cork South-West TD said.

The deputy feels that consumers should know that their food is produced in a fair and ethical way – from the farmers’ level, through production, right up to being stacked on shelves.

“I think, ideally, this should be government and policy-led. But, until the government [is] going to act, there are consumers and, as consumers, we should insist the food that we eat is produced in a fair and ethical way,” the deputy said.

I want to know that my beef is Irish, that it’s grass-fed and didn’t come from any kind of lot.

“If we, as consumers, could know that our food comes from being produced an ethical way and, that goes for fruit and vegetables from abroad as well, we know about migrant workers moving around to different places seasonally, it would also just help workers’ rights in those situations.

“I think it would really help rural Ireland – I think policy to date has just been for the more bigger establishments and it takes the community out of rural areas.”

‘We need to offer people an actual livelihood on the land’

According to the deputy, Ireland’s food supply chains “are very weak”.

“We need to offer people an actual livelihood on the land because at the end of the day, if there is one thing we have learned from the pandemic, food production is essential,” she continued.

“It kind of just shows how close we are to being hungry and how, as a country, we’re not self-sufficient in food at all.

“We’ve got no food sovereignty. We wouldn’t starve because we have so much beef and dairy but that’s not a balanced or sustainable diet.

Then, when we find out the food we buy comes with the mistreatment of the workers who are picking and harvesting that food, do we really want it anyway?

The deputy feels that the whole system of food production needs a “relook”, but that when conversations about diversifying and sustainability start, it “becomes kind of fraught and emotive”.

“There’s a feeling it will negatively reshape Irish agriculture, as in it won’t be good for individual farmers,” deputy Cairns said.

“I don’t know why that’s how the conversation goes, because what’s happened in my lifetime is a complete transformation of Irish agriculture and there wasn’t as much worry about that.”

The deputy added that the “pointless debate” that has a narrative of “the industry or the individual farmers pitted against environmentalists” needs to stop.

“At the end of the day, if there was an ‘us and a them’, in all of the sectors under the Department of Agriculture, Food and the Marine, the ‘us’ is Irish and migrant workers, consumers, everybody else and the ‘them’ is a big industry that’s making a hell of a lot of money out of this.

“We’re not green” according to the deputy, and in a European context, “we’re the worst in Europe for organic farming”.

“Ireland has a ‘green’ brand and that’s why we do so well and got these really good products that sell for quite a lot abroad.

“Ireland is seen as a green country and when [people] see Irish products in Germany, [they] think it’s majority grass-fed, healthy, they don’t think there’s perhaps imported grain from South America or chemicals – that’s not the brand that we have.”

Deputy Cairns feels “we are practising very differently to that brand”.

If we don’t live up to the brand that we have, it puts the whole industry and sector in a very weak position.

“We’re so lucky to have a good brand. If we lost it, it’s very hard to build that brand back up.”

The deputy said that Ireland is the worst in Europe for organic farming – we have less than 2% of our producers being organic.

“We’re not green and I don’t mean that as a criticism of individuals,” she said.

“Our policy doesn’t create that. We keep promoting the bigger industries – that’s not green, that’s not the small farms people are visualising when they’re eating products.

“I just think that’s so important – that brand supports the entire agricultural sector in Ireland – we have to keep that brand and that means living up to it.”

‘We talk about sustainability all the time’

In her view, sustainability is talked about all the time and “it has actually kind of become meaningless now because you just use it with anything”.

“People say things like ‘beef isn’t as sustainable’ or whatever but importing beef from South America defines instability – that is just ridiculous,” deputy Cairns said.

“And what comes with that is we see loads of smaller beef farms shutting up shop, selling up to bigger dairy farms who are also getting their feed from South America – there’s no sustainability in that either.

There’s often a lot of guilt and shame attached to being seen as an unsuccessful or small farmer.

“Things like organic farming in the industry can be laughed at or looked down on; forestry as well – that’s very problematic.

“It’s also a form of casual bullying within the sector which is ridiculous but it has a negative impact on people being able to actually speak out about what they think and feel because [it may] be seen as silly or stupid.

“And that’s just driven by big business and a government that supports it rather than the reality.” 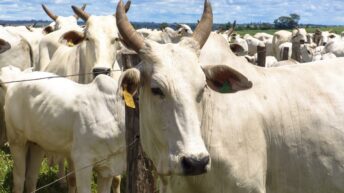