Artisans, exhibitors and garden designers alike have enjoyed a busy and productive time at Bloom with many reporting huge interest and buoyant sales onsite, it says.

Independent studies in recent years have shown that the onsite sales at Bloom have been valued at over €5m each year, it says.

According to a Bord Bia’s ‘Garden Market Value’ study released earlier this year, the value of Ireland’s gardening industry is in growth for the first time since 2011 and reached €631m in 2014.

The final day of Bloom also marked the announcement of the People’s Choice Award which was won by Darkness into Light – The Pieta House show garden, it says.

The winner of this coveted award is voted for by visitors to the show over the five days. Niall Maxwell, the show garden designer, also received the Designers’ Choice and a gold medal for his efforts, Bord Bia says.

The overall category winners were:

Speaking at the event Aidan Cotter, Chief Executive, Bord Bia said that Bord Bia is privileged to provide this public showcase of Ireland’s world-class food and horticulture sectors, both of which play a significant role in Ireland’s story and economy.

“Despite the wind and rain, all participants remained in high spirits and reported very strong sales. Planning has already started for 2016 which will mark Bord Bia’s 10th annual Bloom event,” he said. 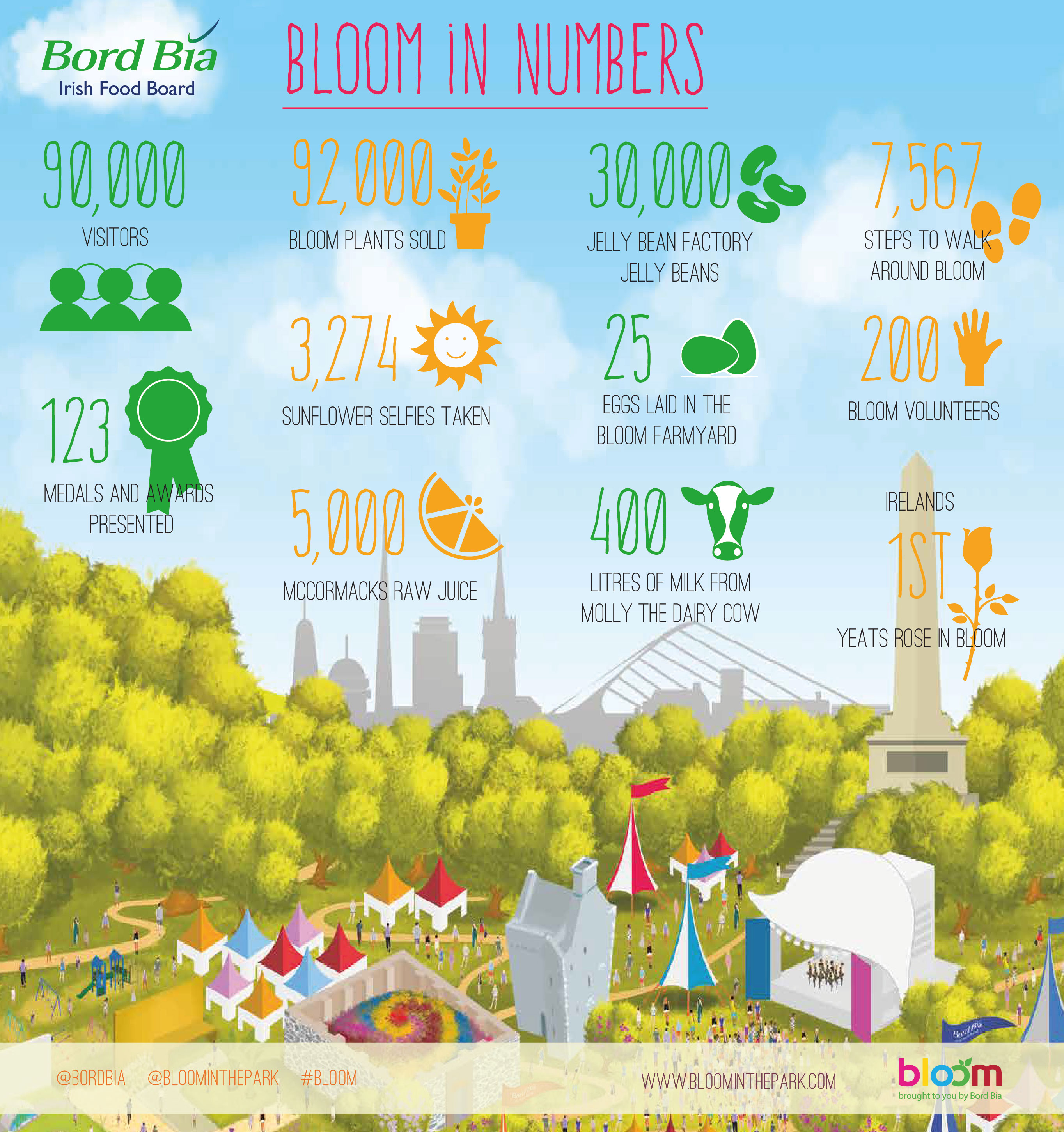 Bord Bia has released some of the event facts and figures from the last five days:

Bord Bia seen as one of Ireland's most reputable companies

‘Sold a pup’: Farmers in west ‘lose out’ under current CAP