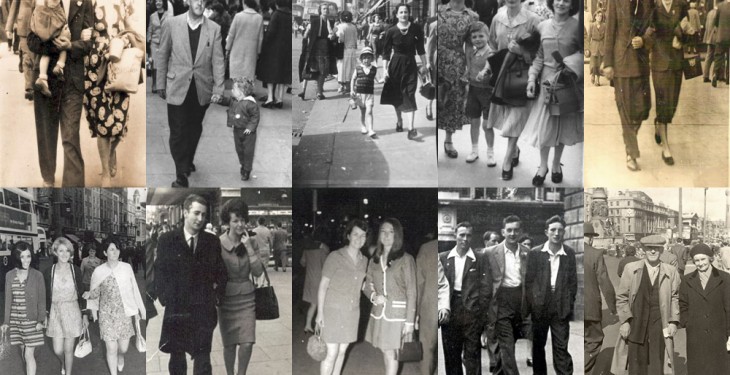 Man on Bridge is an online documentary that sets out to tell the story of Arthur Fields, a Jewish Ukrainian who became an Irish institution.

Arthur Fields worked as a street photographer on O’Connell bridge photographing passersby everyday for more than 50 years.  It is estimated that Arthur took 182,500 photographs on the bridge from the early 1930s until he stopped in 1985. His busiest day was always the 8th of December.

Arthur’s son Philip Fields, speaking about his father’s daily ritual, said: “It was his life. He just loved going in, that’s what he love to do. To be able to endure for over 50 years and to the age that he took photographs you have to love your job.”

Man on Bridge will work as a collection point for the many photographs taken by Arthur Field’s over the years and will enable the public to contribute their photos to a web based archive. This growing database of user-submitted photos will be integrated into the online story of Arthur on a rolling basis as photos are submitted.

Combining video, archival still image, text and audio, Man on Bridge will allow users to explore both Arthur’s life, the photos he took, and the impact his images have had on the lives of the people he photographed.

Man on Bridge aims to remind users how important touchstones like Arthur are in the social fabric of a city. So many people must have an Arthur Fields photo buried away in their collection and the project aims to bring together as many of these cherished photos as possible.

Dave Clarke of El Zorrero Films, the production company behind Man on Bridge, said: “Ultimately, in a time when we are over-photographed, we want Man on Bridge to remind people how important the physical photo can be as an object to value and hold on to for years.”

Man on Bridge is an entry in the Arthur Guinness Projects: a major cultural initiative, which has been developed to champion and celebrate people whose ideas, passion and spirit are enhancing and shaping our culture and our identity in today’s Ireland. You can vote for Man on Bridge here.

For more info and if you have photos do contact El Zorrero Films here.