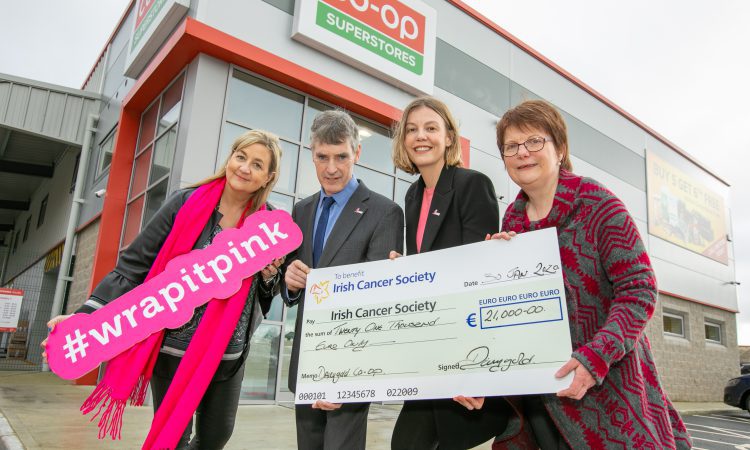 The funding will go in particular to breast cancer research and support services for people with cancer, according to the southern cooperative.

In addition to raising much-needed funds for the Irish Cancer Society, the pink silage bales dotted around the Irish landscape serve as a reminder to women across rural Ireland to get themselves checked regularly.

Breast cancer detected early has a much better chance of being effectively treated.

Throughout this year’s campaign there was also huge support from staff and customers for Dairygold’s “Cups Against Breast Cancer” coffee mornings which were held in Dairygold’s Co-Op Superstores across Munster, as well as across all Dairygold’s milk processing facilities and offices during the month of October.

“Ahead of World Cancer Day on February 4, we’re delighted to announce that our Wrap It Pink campaign had another successful year with almost €90,000 contributed to the Irish Cancer Society to date.

“As Pink Partners of the Irish Cancer Society, we’re proud to play our part in funding vital breast cancer research and also support for sufferers such as night nurses for those seriously ill with the disease at home and also free transportation for patients to attend chemotherapy appointments,” O’Flaherty added.

Breast cancer is one of the most common cancers affecting women in Ireland, with over 3,100 women diagnosed with the disease every year.

“Wrap It Pink plays a key role in raising awareness of breast cancer in rural Ireland and also funding vital cancer research and services to support those affected by the disease.

“Support from Dairygold and its customers ensures that crucial care, information and support is provided for those affected by breast cancer by Irish Cancer Society Nurses in Daffodil Centres throughout Ireland and on the Cancer Nurseline: 1800-200-700.

“This funding also helps to fund researchers to continue to find better ways to prevent, diagnose and treat this disease,” he said. 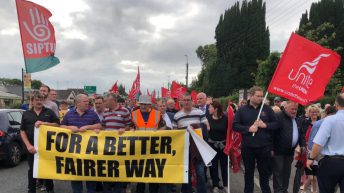