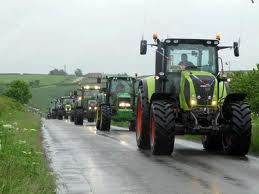 Road-users have been advised to exercise caution following a forecast by Met Eireann for rain, possibly heavy, throughout the country this week and over the weekend. The expected rainfall will bring to an end a long dry spell that poses added dangers to road users, according to the Road Safety Authority (RSA).

According to Met Eireann, scattered rain showers will become widespread as the week progresses and will turn heavy in places. Highlighting the particular dangers posed to drivers following a long dry spell Noel Brett, CEO of the RSA said: “Roads are at their most slippery when the weather breaks after a long dry spell. This is because the fine grit on roads tends to polish the road surface and roads also see the build up of a film of tar, rubber and oil deposit. The sudden change in driving conditions can also catch drivers off guard.

“The expected rainfall and the condition of roads will make driving particularly hazardous as road surfaces become slippery reducing skid resistance. For their own safety and the safety of other road users drivers should adjust their driving behaviour to suit these changing conditions especially after driving for a period in good dry conditions. My advice to drivers is, slow down, keep your distance and expect the unexpected,” Brett added.

Drivers are being advised to:

·         Slow down. Drive at an appropriate speed to the conditions

·         Use dipped headlights at all times of poor visibility