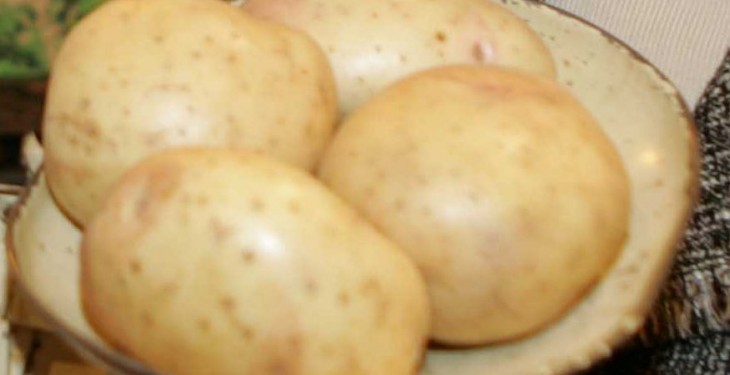 Teagasc’s head of crop production John Spink has told AgriLand that it will be at least three weeks before farmers in most parts of the county could consider getting on with any form of ground cultivation work. “And that’s assuming the weather starts to improve now,” he added.

“If the rain continues to fall, then it could be well beyond the middle of March before any Spring planting operations get underway.”

He continued: “Normally, early potato farmers would be considering their planting options at this time of the year. But again, no grower would contemplate going out into the fields with heavy machinery at the present time. The ground is just far too wet at the present time.”

Spink made his comments in the wake of the Irish Farmers Association/Bord Bía/Teagasc Potato conference, held earlier this week.

“Growers are under pressure at the present time as a result of poor prices. This is a result of falling consumption levels and growing pressure from other starch sources, including rice and pasta,” he added.

“The reality is that the potato is a far healthier and tastier option than all of these other foods. And, no doubt much more can be done to market home grown potatoes more prominently.”

Spink went on to point out that Teagasc has played a key role within the potato sector over many years. “The breeding of new varieties is a case in point,” he stressed.

“The renowned variety Rooster was developed by Teagasc plant breeders and our staff continue to develop new cultivars on a regular basis. For example, there is a new chipping variety from Teagasc which is showing particular promise.”

On the subject of marketing, Bord Bía has confirmed it will be organising series of potato-related activities during the autumn of 2014.

“However no finalised plans have been confirmed to date,” a Bord Bía spokesperson added.

“This will follow discussions between Bord Bía, the Irish Potato Federation and industry. The focus is currently on preparing an application for EU co-funding to support a €1m potato promotion campaign over the next three years.”