A young farmer’s vision for improving calf performance on his family’s dairy farm by changing the feeding system from cows’ milk to once-a-day milk replacer lives on after his tragic death.

John Kennedy, who lost his life in a quad bike accident in March 2017, had convinced his parents, Donal and Winnie, and brothers, Daniel, Colin and Mark, of the benefits of switching to Shine Once-a-Day replacer.

That product, fed in combination with Quinns 17% Calf Follow-On ration, has resulted in calves weaning two weeks earlier at 10 weeks-of-age.

The family farms at Askinch, Coolgreaney, near Gorey, and currently milk 135 cows; this will rise to 150 next year.

The land at Askinch is heavy and poor draining, so the Kennedys keep the mature cow weight at 550kg or lower to maximise grass utilisation.

The Kennedys had never fed milk replacer until John persuaded them to introduce Shine Once-a-Day.

John had seen the results of this feeding system while working on a farm in West Cork; he was adamant this represented a solution to help reduce pressure on labour during the spring period.

With the prospect of better rumen development and performance at grass too, the family went ahead with introducing Shine Once-a-Day.

After calves are born they are fed three litres of colostrum within two hours and transition milk for at least two weeks, twice daily.

Thereafter, they receive 600g of replacer mixed with three litres of water daily, in one feed, at a mixing rate of 20% dry matter. 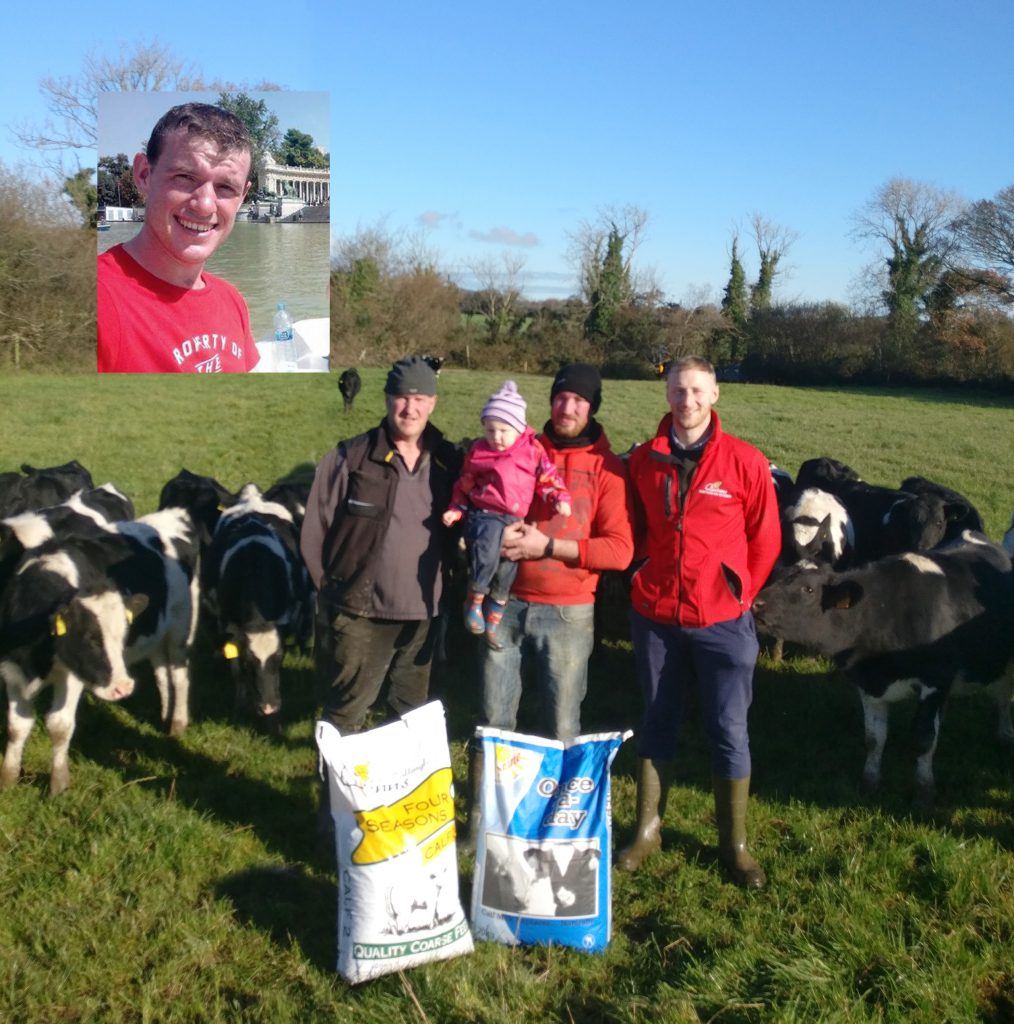 At first, this was balanced with a mix of barley, beans and a locally-produced calf ration. However, the Kennedys found the perfect complement to Shine Once-a-Day with Quinns 17% Calf Follow-On ration.

This was recommended by Quinns’ ruminant specialist, Ciaran Murphy, for its palatability, digestibility, rumen development and health benefits.

The results were astonishing. Calves weaned at 100kg liveweight in an average of 10 weeks. It previously took calves 12 weeks to achieve this target.

Post-weaning liveweight gain has also improved. Calves were moved to grass from March 24 and offered 1kg of ration daily through the summer. Their average liveweight on October 12 was 210kg.

“We are looking forward to the calf rearing season of 2018; we can’t wait to try the system with Shine Once-a-Day and Quinns 17% Calf Follow-On ration from the start of the season,” Donal said.

Donal joked that John wanted to introduce Shine in spring 2016, but didn’t get the go-ahead because of the low milk price.

With hindsight, I’m certain that Shine Once-a-Day is a key part of the system – regardless of price.

A high level of low heat skimmed milk and buttermilk powder are the key ingredients in Shine Once-a-Day.

Joe Murphy of Bonanza Calf Nutrition – the manufacturers of Shine Once-a-Day, said the casein present in the skimmed milk and buttermilk clots in the acid present in the calf’s abomasum. This enables the calf to better digest the milk and feel contented for longer.

“Most powders now contain too much vegetable protein which is even more difficult for the calf to digest,” Joe said.