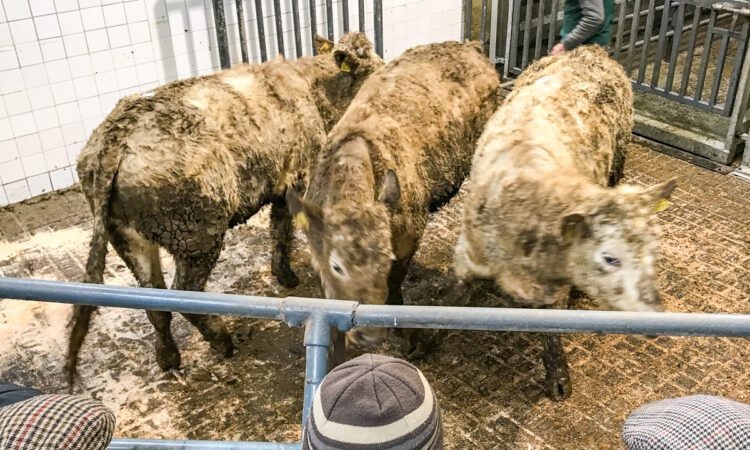 Following a statement yesterday, Thursday, August 15, from the Irish Co-operative Organisation Society (ICOS), hitting out at the rules under the Quality Payments Scheme (QPS), a number of mart managers have shared their own views with AgriLand.

ICOS said that it was “high time that the decade-old dysfunctional QPS is reviewed”, and several of the country’s mart managers appear to share these sentiments, particularly on the ’70-day’ rule and the ‘four movements’ rule.

‘We seem to be policed very heavy-handed here’

John Stewart, from Milford Co-operative Livestock Mart in Co. Donegal, explained that: “If a man comes in with 10 good heifers, and there’s one of them on her fifth move, it just devalues her by €100-150 on the sale,” he said.

“I can’t see the reason for it, because the quality of the nine cattle and of the tenth makes no difference when it gets to the factory, but because the animal has done an extra move, she has been penalised,” Stewart added.

On the 70-day rule, he explained that he had customers who had cattle, didn’t know about the rule, had an animal killed, and lost their payment.

If it is the case that it is the supermarkets that are dictating about the movements, they need to come out with a damn good reason why they would penalise cattle that have done more than four movements.

“We seem to be policed very heavy-handed here. Up until now there has been very little people to talk about it. But now it’s being brought to a head, thank goodness,” Stewart concluded.

‘It’s just another method to take money from the farmer’

“There’s nothing in it that states if a piece of meat is of good quality or bad quality. If you walk into a mart and you see a pen of heifers, the rule will not distinguish which is the best heifer in that pen,” she argued.

“The four movements rule has absolutely nothing to do with it. It’s just another method to take more money from the farmer in my opinion, and that’s exactly what happens,” McGuinness claimed.

Eilish Curley, from Ballinasloe Co-operative Livestock Mart in Co. Galway, said that the rules were “having a serious effect on the trade in marts”.

“If they have four [movements] coming into the mart, no-one wants them, because then they can’t go anywhere with them for the next phase of whatever [the farmer] wants to do,” she said.

“So the more moves that are on, the less that is going to be got for them, because no-one wants them,” she explained.

“I’d say if factories had their way, it would be literally farm to fork, without the middle man, which is the mart,” Curley claimed.

She concluded by saying: “It makes things very difficult for farmers. It makes it a serious job.”

‘They’re no advantages to anyone in the beef sector’

Gerry Connellan, from Elphin Livestock Mart in Co. Roscommon, said: “What advantage to the beef sector is the four movements rule? I can’t see it making any difference to selling meat across the counter.

“I don’t know why it was ever brought in. The movements rule, to me, should be abolished, because it’s no advantage,” he argued.

“I can’t see them being any advantage to anybody in the beef sector,” he added.

There’s no difference in the beef when it’s hanging up with four movements or with six movements.

“I think the Beef Plan [Movement] is working very hard on that at the moment, to get rid of all this. I’d be hoping that down the road, it will get abolished. Something has to be done. We have to get some bit of a change,” Connellan concluded.