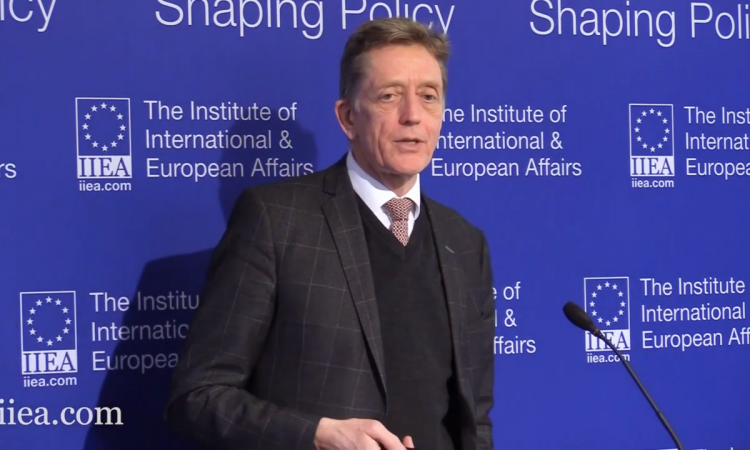 A senior figure in the European Commission’s Directorate General for Climate Action (DG CLIMA) has said that farmers “need to be rewarded” as part of the effort to reduce emissions and become carbon neutral by 2050.

Dr. Artur Runge-Metzger, a director within DG CLIMA, was speaking at an event in Dublin last week, which was organised by the Institute of International and European Affairs (IIEA) and the Environmental Protection Agency (EPA).

“In the year 2050, we will still have emissions from some areas were it is very hard to abate them, and one of those is agriculture, because cows will continue to do what they do today,” said Dr. Runge-Metzger.

In order to get to ‘net zero’, we need to have ‘removals’, and that’s where the forestry and agriculture sectors can be quite instrumental, because…soils can suck up carbon dioxide from the atmosphere and can make sure that that balance gets to net zero.

“What I tell farmers always is that they are not going to go out of business if we want to fight climate change. On the contrary, it will mean more business for farmers,” the EU official said.

This is because, he explained, of the expected increase in human population which will have to be fed, as well as an increase in inputs for other sectors (e.g. energy) coming from agricultural and forestry products.

“It means in the end that agriculture will become more productive then it is today. There is also a task here to make sure that we become more efficient in agriculture across Europe,” Dr. Runge-Metzger argued.

Agriculture and forestry can play an important role, so we need to value these sinks that we have – whether it’s in the soils or in the forests – and we need to reward farmers if they do more than what they did in the past, and I think that’s a big policy task in the coming years.

“We have to make sure we don’t leave anyone behind, and that is equally valid for the farming community and the foresters,” he added.

Speaking about the changes to the fossil fuel industry arising from climate action, Dr. Runge-Metzger reiterated this point, saying: “Many of these activities relating to fossil fuels are very focused on particular parts in Europe…you have the midlands here in Ireland.

“We need to make sure we help these regions through the transition, and we have to be very proactive,” the official insisted.

Concluding his remarks, Dr. Runge-Metzger stressed: “We also have to look at the social issues that come with this. Don’t leave anyone behind, and that’s not only in terms of giving people money, but also bringing people together.”

He also pointed out that an EU strategy on biodiversity would be coming out in “about a month’s time”.