‘We made the switch from beef and sheep to goats’

When the Leahy family’s 40ac beef and sheep enterprise was no longer sustainable, they switched to goats’ milk and cheese production, giving themselves something to smile about.

Jim and Breda Leahy, along with their son Seamus and daughter Norma from Newcastle West, are behind Bally goats’ cheese which is helping to put west Limerick on the artisan food map.

“I always wanted to get into goats but went and qualified as a second-level teacher. When I qualified, there was no work so I decided to do something with the farm,” Seamus said.

We were predominantly in beef farming and it wasn’t going to sustain us, so I looked at a number of options. I always had an interest in goats as dad had them for rearing pet lambs when we were growing up so I had a love for them.

“In September 2016, when I graduated, we bought in our first batch of 30 goats from Meath. My mother, who works at Duagh Veterinary Clinic, heard a guy on Radio Kerry talking about how he couldn’t get goats’ milk locally for cheese making.

“That was Shane O’Leary from Cordal goats’ cheese. I got in contact with him and bought other goats and in October 2017, we started supplying him with our goats’ milk. Then in October 2018, Shane told us he was going to get out of goats’ cheese production from December 31, 2018,” Seamus said.

“We were left with goats and milk but no market. However, Shane gave us the option to buy his equipment. It was a quick turnaround but we said we had nothing to lose. On January 1, 2019, Bally Goats’ Cheese was born.

“We were lucky that Shane gave us training and his recipes. He was a huge help to us and made it easy for us when we took over supplying restaurants that he had dealt with,” Seamus said.

The Leahys now have 300 goats, and milk 120 of them. The cheese is made at Kerry Food Hub in Firies. “There is just the four of us at present and we are lucky that we have full control of the food production process, from the time the kids are born. You have to have a happy goat to get good goats’ milk,” Seamus said. 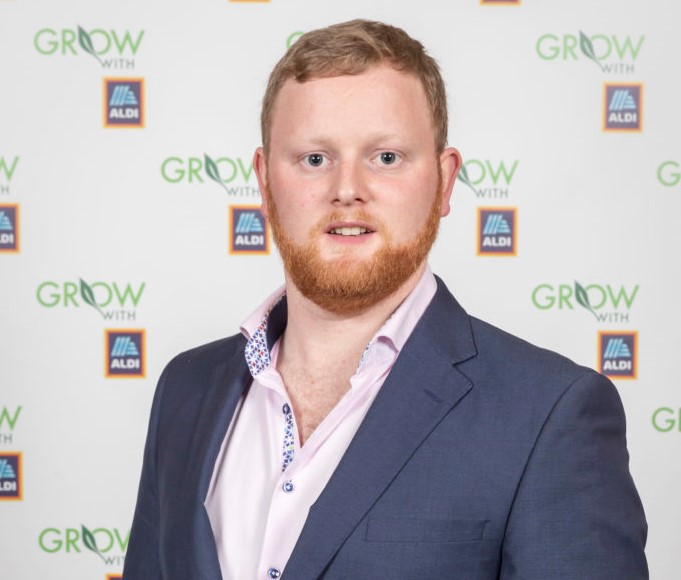 “Goats can be delicate. They don’t like the cold, wind and rain. They like to be inside, though we leave them out for a couple of hours a day and we give them specially formulated meal.

“Breeding is important in that you’re getting the right sires and that the pucks are good quality. Disease control is also important. They are TB tested once a year and we have a veterinary plan, with six-week full health inspections.”

Although just a short time in business, Bally cheese won a place on the ‘Grow with Aldi’ supplier development programme which meant that its range of natural and flavoured cheeses went on sale from June 5, as part of an Aldi Specialbuys event. 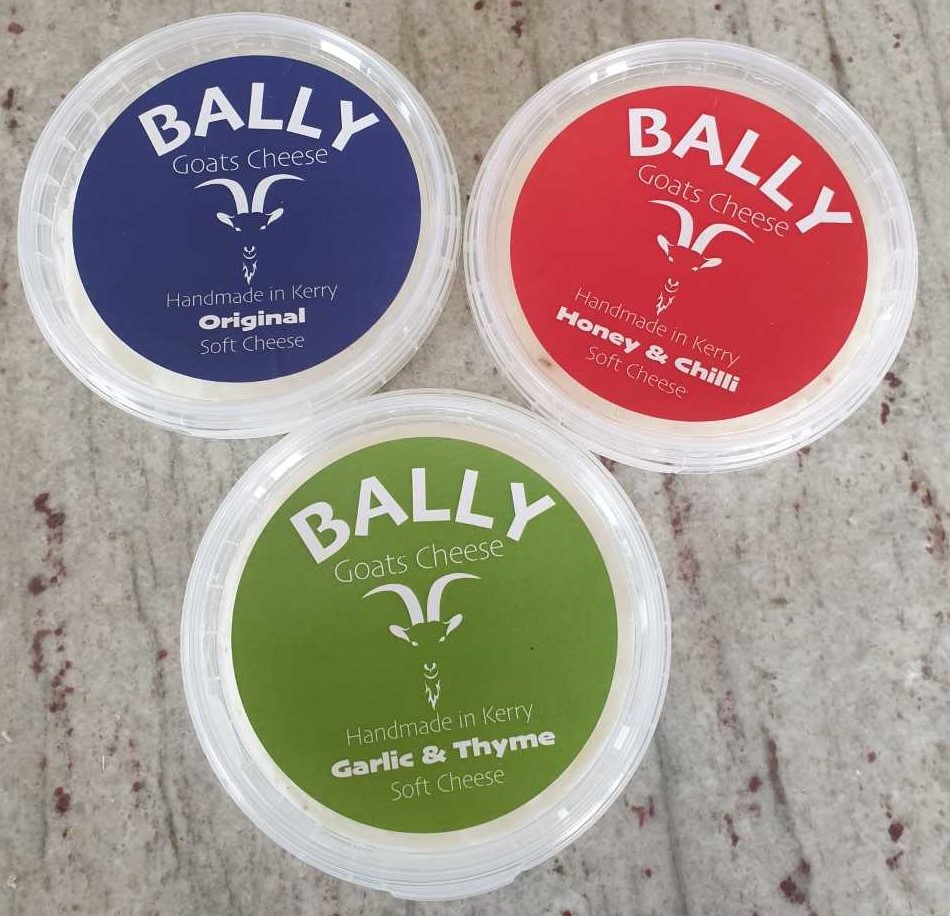 Next up is a hard cheese as well as a feta and a move into goats’ meat as Leahys keep their male kids. “We have orders for that from August,” said Seamus.

“We plan to employ someone on-farm and in production in a year or two,” he said. Reaction has been highly encouraging. “Our local health food shop sells 60 tubs of our cheese a week. People want a good-quality product, with ethics behind it.”