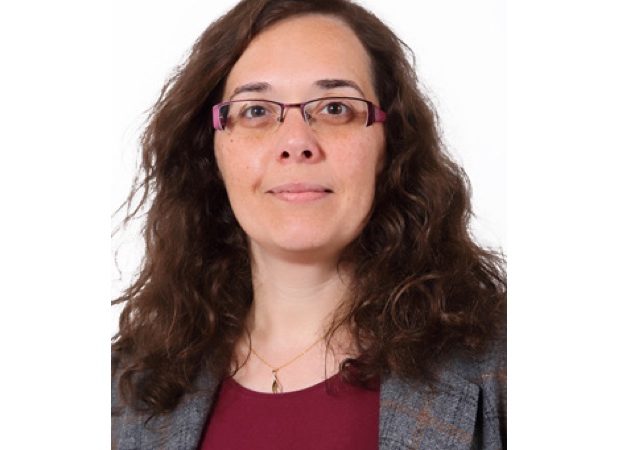 The world and the people in it are always in a rush. Dr. Sheila Alves, a research officer with Teagasc, feels that not everything has to be done at such a fast pace, including making a decision on what to do in life: “we have time to choose”.

Since very young, Dr. Alves knew her path was science, and she recalls always getting her best marks in science and maths in school.

However, her advice to young people who are uncertain about their career path, is to keep trying and trialing – because “we can reinvent and restart over and over again”.

This week, across the globe, International Day of Women and Girls in Science was celebrated.

Dr. Alves, an expert in alternative crops agronomy and environmental chemistry based at Teagasc’s Crops Research Centre in Co. Carlow, feels she “never made a mistake” in choosing the different paths that she did.

Instead, every time she decided it was time for change, she would say: “I just felt that this is what I want to do next – so why not?”.

“I took a position in Lisbon because in the south you only really have tourism, you don’t have strong academia or big industry,” she explained to AgriLand.

I took a position as a junior research officer and I was doing research for a project about the transfer of metals between soil and plants.

“I did that for three years and I liked it so much I proposed to do a PhD.”

Having applied to the Foundation for Science and Technology in Portugal with her project, she received a scholarship. Her PhD took up the next four years of her life – the topic being the transfer of nickel from soil to plant in hyperaccumulator plants.

Her research included investigating soils that shouldn’t be used for crop production because of the nickel richness, which can be toxic for both humans and animals – but not for plants.

“When i finished my PhD, I did a technician position for a year in chemistry. Then I saw a position here in Ireland for studying cadmium in crop systems,” Dr. Alves continued.

Cadmium is a metal that is toxic for us, with the levels that exist in Ireland the plants can do well but with crops, the problem is the accumulation over time in our bodies from eating those crops – my study was mostly on potatoes and carrots.

“I was in that research position for seven months, then it got extended for another seven months and then I applied for a big project through the Department of Agriculture. We got it and I worked on the project for another four years. I was always working in my area of metals, plants and soils.

“From 2012 to 2017, I did a lot of field work with different crops and I really realised I [wanted] to work in the field and do applied research [where] you can see the results from what has been applied by farmers.

Dr. Alves studies possible new crops to introduce in Ireland, like protein crops. This is very relevant at the moment, she points out, “because most of our protein needs are for animal feeds and they come from imports of soybeans from places like the US and China”.

We are actually including something in our rations for animals that apparently Europe is not happy about. It’s a bit of a paradox.

“We need to become self-sufficient in terms of plant protein.

“The protein crops I am working with are even more special because they are legumes and fix their own nitrogens from the atmosphere, so I don’t really have to put nitrogen fertiliser in the crop.”

Dr. Alves said that the main challenge in her field at the moment is that the crops she is looking are relatively new in Ireland, such as field beans, and “there’s a perception that the yield is not as stable as for cereal crops, so the farmers are a bit reluctant to trust the crop”.

“And this is not unusual. You are talking of a crop that was in Ireland but is only now being produced at considerable levels – which is because there is a Protein Aid Scheme from the department to encourage farmers to grow these protein crops,” she continued.

“At a European level and a national level, it is recognised we are very dependent on other countries to get protein both for animals and us [humans] too.

“That’s something we’re trying to work on – studying varieties, studying agronomic practices to make the yield more stable so the farmers trust more.

But, the major challenge since I took the position has been the dry spells in the summer and spring that would not have been so common and these crops are very sensitive to droughts in certain stages of their growth cycle.

“So, the yields in the last years have not been as good as before so if you add that to the yield instability that is already in the minds of the farmers, it kind of sets an environment that doesn’t allow full acceptance of the crop.

“We are actually one of the countries with the highest yields for field beans, but the crop is really still in its infancy and the acreage is minimal.”

She added that we have a “long way to go” and that there is significant challenge for her in managing with the lack of knowledge on how the crops behave in the Irish climate and, at the same time, trying to deal with climate change.

Not only is farming changing, but so is the societal view of women in agriculture, according to Dr. Alves. She feels that if anyone is committed to their job and that comes across, “then it doesn’t matter” your gender, and you will be accepted in the industry.

I think the fact that we are women in science and research already is setting the example and I think it’s up to us to break the stereotypes.

“Mentalities need to change but they are changing.”

She added that from speaking to young people, there is concern over being “too old” to go into certain careers or to undertake further study.

“We can reinvent and restart over and over again – as long as we are given the opportunity,” she said.

“You take your time to make sure your decisions are right and if you do that and you like what you are doing, you are never wrong.

My advice is to be flexible for the opportunities that come in life and if you went down a path that’s not yours, come back, choose another one. You are still in time. 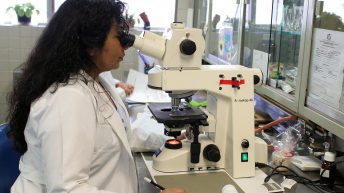