A boy has died after an incident involving a quad bike in Co. Laois, Gardaí have confirmed.

The incident took place in the vicinity of Ballyroan, between Portlaoise and Abbeyleix on Wednesday of this week (February 10).

Gardaí and emergency services were at the scene of the incident at around 11:00am, and the boy was taken to hospital with serious injuries.

Investigations are ongoing, and a file will be prepared for the Coroner, Gardaí said.

The Garda statement explained: “Gardaí and emergency services attended the scene of an incident involving a quad bike in the Dooary area of Ballyroan, Co. Laois at 11:00 am on Wednesday, February 10, 2021.

“A male youth was taken to hospital with serious injuries. He passed away on February 11 at Temple Street Hospital. Investigations are ongoing and a file will be prepared for the Coroner,” the Garda statement added.

The area of Dooary is predominately rural, located a short distance from the town of Ballyroan.

Earlier this month, the Health and Safety Authority (HSA) highlighted safety risks in relation quad bikes, saying that there had been a number of fatalities in recent years involving them. 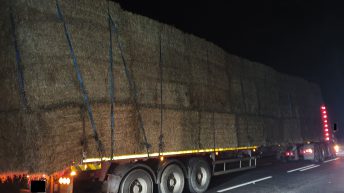