A scheme offering payment to assist farmers wishing to exit the suckler sector “needs careful consideration”, according to the Irish Cattle and Sheep Farmers’ Association (ICSA).

Comments were recently made by European Commissioner for Agriculture Phil Hogan suggesting such a facility, to help farmers “switch from sucklers to forestry or biomass production” at the recent Irish Rural Link conference, which provoked a strong reaction from rural TD Michael Fitzmaurice yesterday.

“Suckler farming is delivering unacceptably low margins because of the ongoing inability of the meat industry to deliver a viable price.

Excess supply of cattle is being used by meat factories to drive down price. Therefore, policy proposals to encourage farmers to keep more suckler cows than they would otherwise do are doomed to failure.

The chairman said that the ICSA has “consistently pointed out that coupled payments do not work”, describing them as “simply a way of ensuring cheap supplies to processors and retailers”.

He argued that the point has been reached where a voluntary scheme to reduce numbers makes more sense.

Noting that his organisation had made a similar suggestion previously, Halley said: “Our view is that such a scheme would be voluntary, would involve payments over a five-year period, and would reflect the average number of cows calved over a three-year period.”

He stressed, however, that for such an initiative to work, “real alternative options” for farmers who want to exit sucklers need to be considered.

While there are undoubtedly farmers who want to leave because of age, the ICSA believes that it is now time to look at putting the right policies in place to make renewable energy a viable alternative for farmers.

“The current policy framework is not working and there is a massive missed opportunity to develop renewable energy options such as anaerobic digesters and solar panels.”

Halley also stressed that his organisation is calling for a much better agri-environment scheme, described as “a scheme that is a lot more like REPS and a lot less like GLAS”.

He said that those who participate must be financially better off than those that don’t and in a way which takes account of the opportunity and labour costs of being in an agri-environment scheme.

It is total hypocrisy to demand that policy responds to the so-called ‘Green Wave’ across Europe if farmers are expected to deliver all sorts of societal goals relating to climate change and biodiversity while meeting the cost out of their own pocket and working for free.

On another aspect, the chairman said that training and assistance for farmers who leave suckling to take up new enterprises should also be looked at.

“This applies to other farm enterprises as well as to alternative rural enterprises. Training for off-farm employment should also be part of the package.”

Halley stressed that the ICSA believes that there can be a bright future for sucklers.

“But this will require a determined effort to get PGI status for suckler beef and a strategy to market it as a high value niche product in terms of animal welfare and natural farming methods.”

The future of sucklers is also dependent on increased live exports to countries like Italy, Greece and Turkey.

However, it is far from clear that there is room for the current number of suckler cows – especially as the meat industry sees more suckler cows as central to their strategy to drive down price.

“Hence, it is time for an honest debate around the proposal to provide a voluntary exit package for some so that the remaining suckler farmers can prosper,” Halley concluded. 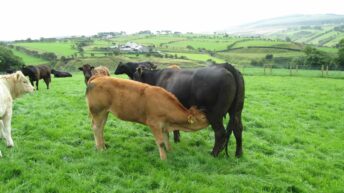 ‘Farmers shouldn’t be forced to swap sucklers for Sitka Spruce’