A US organic dairy farmer has recently developed an electric feed lorry to feed his cows – powered by manure. This, claims the farmer, is the first of its kind to be put into use.

The farmer in question, Albert Straus, owner and founder of Straus Family Creamery, from Marin County, California, utilises the ‘full-scale electric feed truck’ in his efforts to turn his organic farm into a carbon-positive enterprise.

The methane-powered vehicle has been some time in the making – Straus has spent eight years on the project with a local mechanic, according to his company, the Straus Family Creamery.

The lorry measures, mixes and transports feed before dropping it into the trough for his organic dairy herd of nearly 300 cows.

Claimed by its owner to be an environmentally-friendly alternative to diesel-fueled machines, the feed truck’s motor is charged from electricity generated from the methane gas produced by cows’ manure.

Commenting on the machine, Straus said: “What I’ve tried to do is create a sustainable organic farming model that is good for the earth, the soil, the animals and the people working on these farms, and helps revitalise rural communities.” 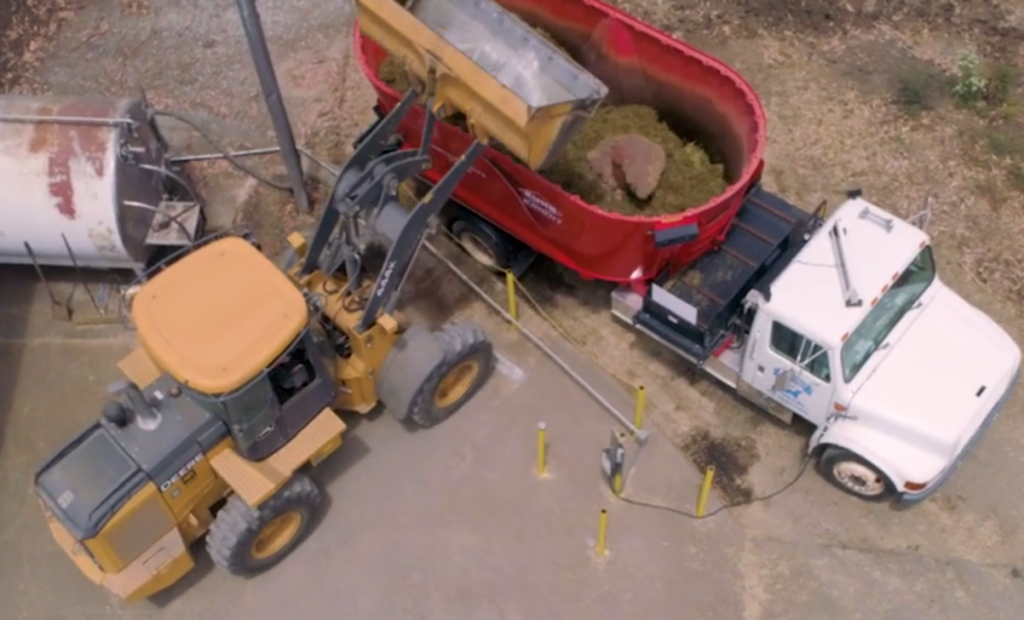 According to the company, the Straus farm has been powered by a methane digester since 2004, which also powers his smaller electric farm vehicles and machinery.

Straus believes he is the first to put a full-scale electric feed lorry into use, getting in ahead of American electric motor company Tesla Motor – which is believed to be bringing out an electric ‘semi-truck’ in the autumn.