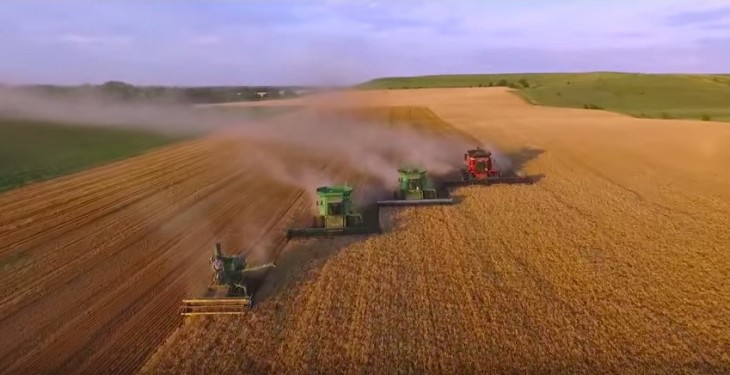 Harvesting is in full swing at the moment, including in the US where the LaRosh family is harvesting wheat.

The footage was filmed in June and July 2015 on the farm which is located in Osborne County, Kansas and the LaRoshs have been farming there for over 100 years.

Filmed by Kansas Fam Imagery, the stunning video shows the work, fun, wheat, family, dogs, dust, sweat and everything else that is involved in the wheat harvest in the summer, its YouTube channel says.

Rusty, the family dog, also makes an appearance in the the video and has his own cameo where he has a camera attached to him.

He can be seen checking the tyres and following the his owner, Jhan LaRosh, around the field.

Jhan’s daughter Kelli is also involved in the harvest and can be heard saying that the dog is following him.

“He’s my protector. He’s going to protect me from whatever,” Jhan replies.

Everything that goes with wheat harvesting is shown in the video; the cutting, the refuelling, nightime cutting and putting the grain into silos.

The drone that was used was a DJI Phantom 3 Professional drone/quadcopter while Canon, Sony and Gopro were the other farmers used. 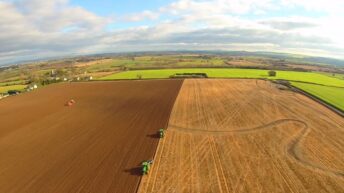