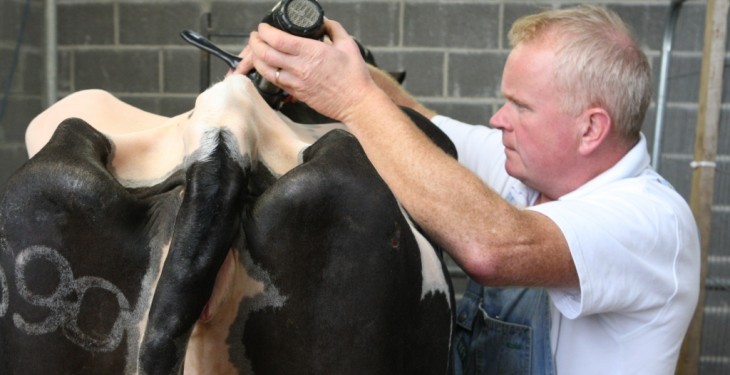 Preparations at the 'cow salon' for the Diageo Baileys Champion Cow Competition, at the Virginia Show which takes place on August 19

Entries for the 2015 Diageo Baileys Champion Dairy Cow competition are up on the previous two years, according to Competition Director Brendan Smyth.

Holstein Friesian cows as from as far apart as Co. Cork and Co. Antrim have entered the competition run at the Virginia Show in Co. Cavan on August 19.

Smyth also said there was a good representation from counties across Ireland, including Co. Cork, home to last year’s winner, Sean Murphy as well as a welcome first-time entrant from Co. Antrim.

Mairead McGuinness MEP will be presenting the €2,500 cheque to this year’s first place breeder alongside the sponsors Diageo, the makers of Baileys Cream and its cream supplier Glanbia Ingredients Ireland.

Speaking ahead of the event, Martin Tynan of Glanbia Ingredients Ireland said he was delighted with the support shown which is underpinned by the stature of the competition in dairy breeding circles.

The UK’s Edward Griffiths who is from South Yorkshire will be making his first judging appearance at an Irish show and will have the tough task of selecting the winners.

According to show Secretary, Mary Gaynor, continued efforts are under way to get ready for this year’s show which promises to be picture perfect, with over 200 committee members and almost 500 classes. 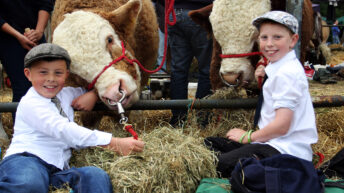 Why 15,000 people are set to attend Virginia Show this year 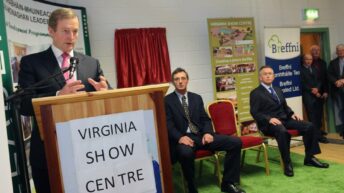