Claas to extend the availability of new combine cutter bars 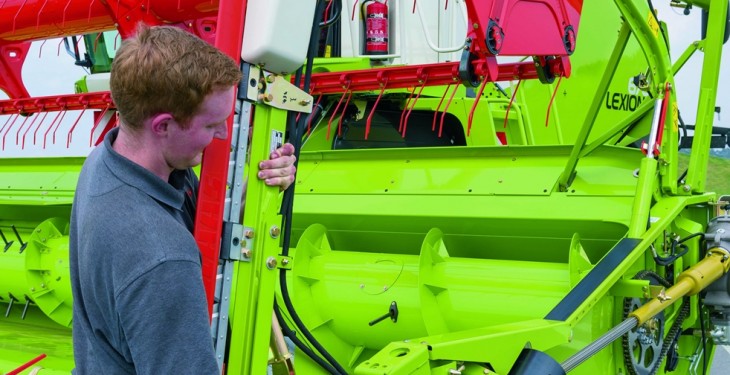 Claas is to increase the availability of its Vario and the Cerio cutter bars – both of which were introduced on a limited range of combine harvesters last year.

Initially, the new Vario and Cerio cutterbars were only available with working widths of 9.30m and 7.70m, and therefore only suitable for use with the Lexion and Tucano combine ranges.

For 2016, availability of these latest generation cutterbars will be extended with the addition of four new Vario and three new Cerio models.

This, it says, will make the benefits that these latest cutterbars provide available to users of medium to small size Lexion, Tucano and now Avero combines.

Both the latest Vario and Cerio cutterbars feature a wider, 660mm diameter intake auger to allow greater amounts of straw to flow into the combine. The intake auger and knife are mechanically driven, the reel is fitted with wear-resistant bearings and the cutterbar can be automatically returned to the ‘park’ position at the press of a button.

The Vario cutterbar design also means that side-knives can be easily fitted without needing to use tools, and once connected using two flat-sealing couplers, this automatically activates the hydraulic pump to drive the knives.

Additional panelling has been added to the right hand side of the cutterbar to help minimise losses and the knife and reel-end positions are also transmitted automatically to the combine.

Designed for use mainly with cereals, the Cerio cutterbar shares many of the same components as the Vario cutterbar, such as the frame, intake auger, drive system and reel, but the knife distance is mechanically adjusted.

As on the wider versions, five possible knife positions are available over a range from -10cm to +10cm. The knife distance is simply altered by loosening a series of bolts, which then allows the knife to be pushed in or out.