AgriLand paid a visit to Drangan, Co. Tipperary, to catch up with Slievenamon Agri Services (SAS) – as the business gears up for the 2019 silage season.

John W Anderson spoke to John White, who runs the operation alongside his two brothers – Richard and Martin. Whites are also well known as founder members of the FCI (Association of Farm & Forestry Contractors in Ireland).

John noted: “We use all Claas mowers; we’ve a Claas self-propelled mower, a Claas ‘butterfly’ and Claas double mowers as well. We also have a four-rotor Claas rake and two other [Claas] rakes.

“We run 11 tractors – mainly Claas. There are six Claas, three John Deere and two New Holland [models]. We also have a Volvo L70H loading shovel and a JCB 426. 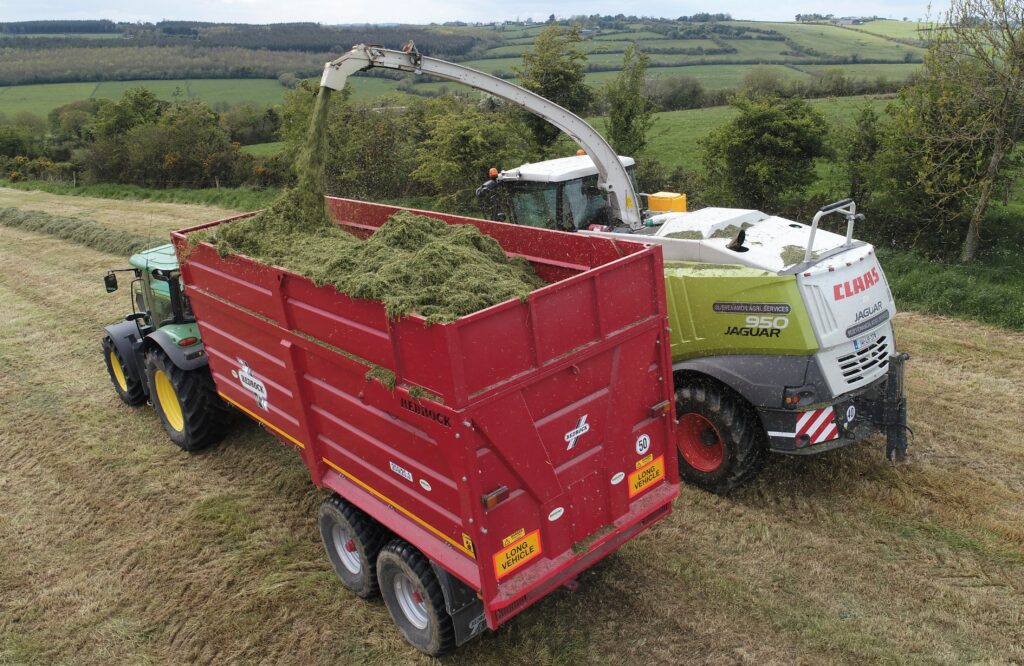 “We bought a Smyth last year with weigh-cells on it. We find that very good; we can weigh loads and know roughly what tonnage is going off the fields.”

Turning his thoughts to the foragers, John explained: “At the moment we’re running two Claas [Jaguar] 950 harvesters. One is more of a back-up machine; our other one is newer – it’s being serviced at the moment. 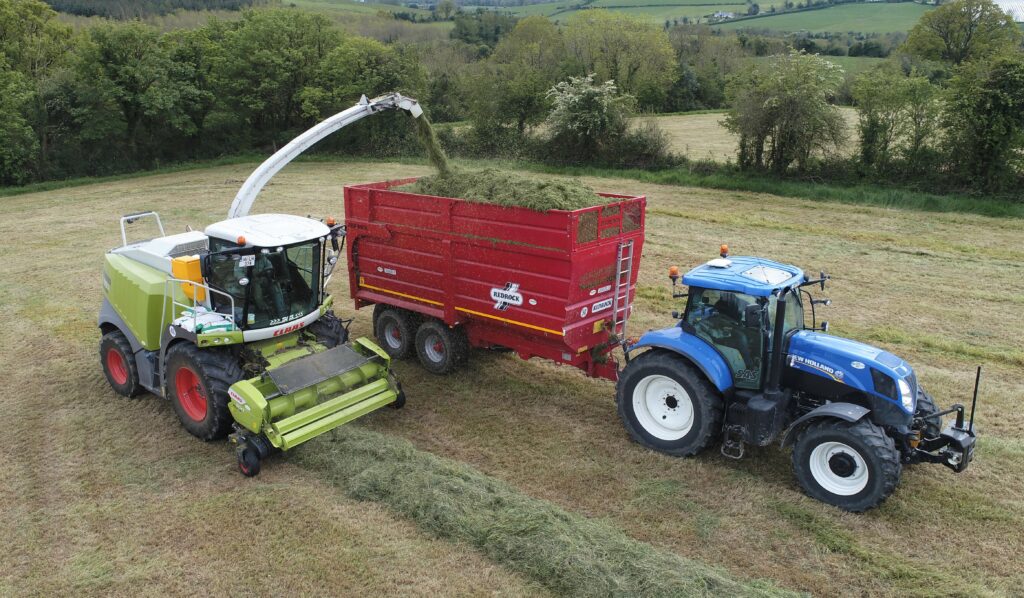 “We’ve been running Claas [foragers] since 1997; we started off with an 860; then we had 890s. We’ve moved to the 950s in the last couple of years which we find a very good machine – high output; not massive horsepower but enough.

“We bought a new pick-up as well; you can probably see it in the video. I find that it’s an excellent header to float; and the clutches are way, way stronger than the old, original header. The crop-flow is way better through it; you can get better output. It seems to be an excellent job.

“Against the 800 series, I personally find the 950 a far superior machine – [with] better build quality.

It’s just a sweeter-running machine. She has a different drum; she has the open drum, which I find a better job for output and gives you a better chop-length as well.

“Some customers like the grass chopped a bit longer, which you can achieve with it.”

“I just find that with a 970 you have all that power and, to be honest, there’s only so much silage you can put into the pit.

John also told us how they manage to get more grass into their trailers! To hear those insights, don’t forget to watch the video (above). 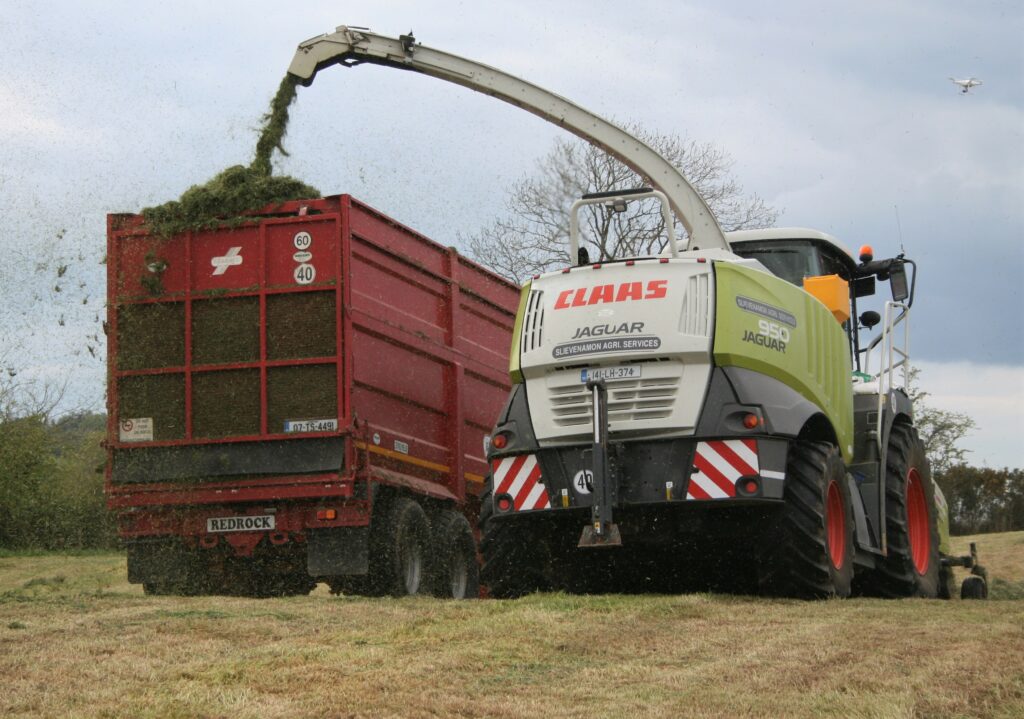 Video: Why 'everything is that bit faster' on this 191-reg JCB