Video: Sheep lameness stamped out with the 5-point plan 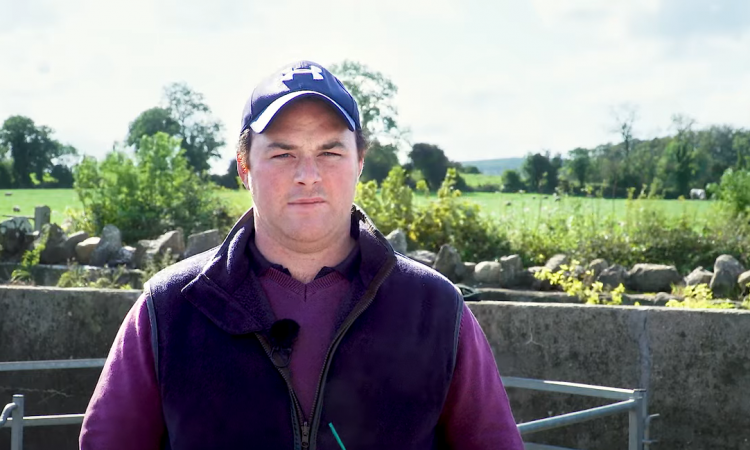 “The problems with lame sheep were so awful, we even considered getting out of sheep altogether,” said Co. Longford farmer Paul Molihan.

Paul, along with his father Pat, runs a flock of 350 ewes at Oldtown, Ardagh; however, he had a massive footrot problem on farm.

“At least half of them were lame all the time. The labour load in treating them was unreal and we were spending a fortune on antibiotics. Conception rates and lambing percentage were well below what they should be and lamb thrive was poor.”

“Before we let out the rams, we treated all lame sheep and then gave them a shot of the vaccine. They got a booster shot six weeks later. The results were fantastic.

“There was a huge reduction in footrot this year. Our use of antibiotics is down to a fraction of what it was and the labour involved in dealing with lameness is hugely reduced.

“Lamb performance has improved greatly. Proof of that was very evident in the sales pattern this summer. We had 230 lambs sold in the early days of July. There were very few sold at the same time last year.

“While there was much better grass growth this year and lambs grew faster, I am convinced that reduced lameness in ewes and lambs made a big difference.”

Paul is now completely sold on the benefits of vaccination as part of the overall footrot control programme and is committed to again vaccinating the entire breeding flock this autumn.

He also pays rigid attention to the other critical aspects of the programme. Any lame sheep are promptly treated and isolated from the rest of the flock until they are fully recovered. The entire flock is regularly footbathed and all chronic cases are marked and culled.

Paul (27) is committed to a career as a full-time farmer. He is highly-qualified, having studied at Ballyhaise Agricultural College and then at University College Dublin (UCD), graduating with a degree in agricultural science in 2014.

He is now back farming full-time with his father Pat. The 350-ewe flock is lambed in two groups, in early February and early March. The Molihans also run a beef enterprise involving suckling and finishing bought-in stores.

Veterinary practitioner Harry Ferguson said while footrot and scald are the most common contributors to lameness, there are a host of other conditions. These include CODD (contagious ovine digital dermatitis), strawberry foot, shelly hoof and abscesses.

“The first priority is to establish the causes. Get your vet to carry out a detailed inspection, identify the bugs and prescribe the most effective treatment and control strategy,” he advised.

He said use of the following five-point plan can deliver big improvements in the control of footrot.

Or join the conversation online with the hashtag #FootrotFriday.