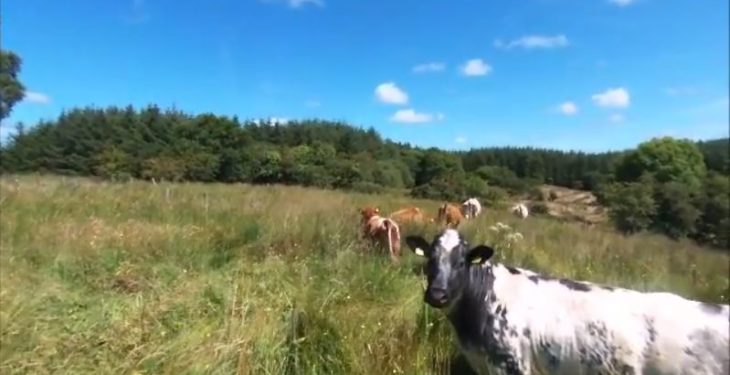 A man in the west of Ireland managed to herd some stray cattle off his land without ever setting foot in the field with the animals, thanks to the use of a drone.

Brian, who lives in Co. Leitrim, told AgriLand about how six cows and one bull had broken onto his land recently from a neighbouring field.

Once he saw the cattle roaming around the 6ac field at the back of his home, Brian tried to get in contact with the farmer – but to no avail.

The cattle then wandered up towards the house, where they began leaning in over the 3ft wire fence trying to eat grass in his garden.

Brian said: “We also have a few dogs and they were getting excited, so I decided that it was time to move them before they broke the fence and came onto the lawn.”

Due to medical reasons he didn’t think it was wise that he should go out running after the cattle, especially with a bull among the group.

Coming up with a simple solution to the problem, Brian employed the use of his drone to help herd the cattle back to where they came from.

“I have the drone for nearly a year. It is a mid-range one which I use to take aerial shots, my wife is into photography,” he said.

Most of the cattle seemed to cooperate with Brian as he herded them back to their rightful field, but one cow did need a little more encouragement than all the rest. 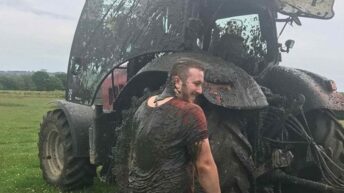