McHale Plant Sales, the distributor for the Merlo brand in Ireland, has appointed John Cahill as its new sales representative for its range of Merlo telehandlers.

Based in the firm’s premises at the Greenogue Industrial Estate in Rathcoole, Co. Dublin, Cahill’s new role will be focused on expanding the Italian brand’s market share – in both the agricultural and construction sectors in the Irish market.

Additionally, Cahill – who is from Coilldubh, near Timahoe, Co. Kildare – will aim to identify new opportunities for Merlo in other areas. 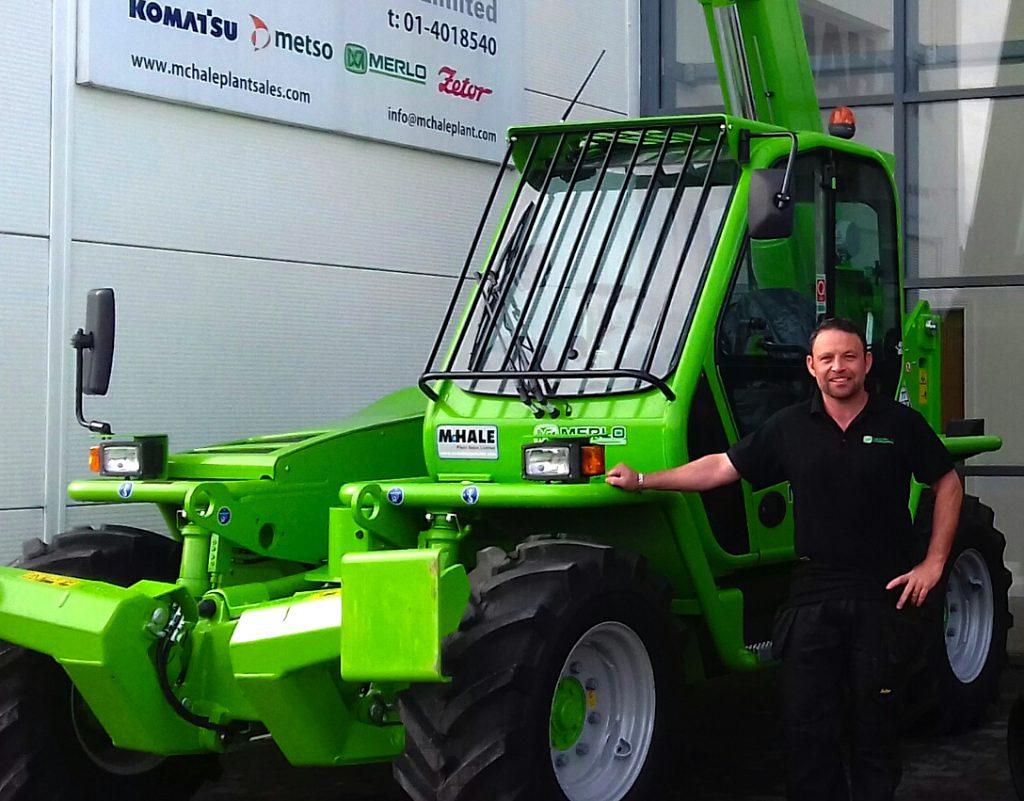 Advertisement
Hailed for his “considerable experience”, Cahill previously worked as a service engineer for McHale and was involved with Merlo during the mid-1990s.

Rabbitte, who is from Athenry, Co. Galway, is also based at the company’s offices in Rathcoole.

He has experience in farm machinery sales, having previously represented several tractor and farm machinery brands both at home and abroad. Rabbitte has also worked in the farm commodities and agricultural co-op sectors.

McHale Plant Sales has been the distributor for Zetor for both Northern Ireland and the Republic since 2011. The company also supplies Komatsu and Metso machinery.