The country’s main processors are “not engaging” with the new farmer-led producer organisation (PO) Irish Beef Producers, its co-director Eoin Donnolly has stated.

Speaking at an information meeting on the latest developments involving the PO – a first of its kind in Ireland – Donnelly urged farmers to engage with the recognised entity, which is officially listed under the name Glasson Beef Producers.

Addressing up to 150 farmers at the Loughrea Hotel, Co. Galway – alongside Supermac’s Ireland managing director Pat McDonagh – Donnolly outlined some challenges the PO is encountering on the ground; whilst also underlining its key objectives.

Despite some hurdles, Donnolly is adamant that the PO “will have power in numbers” and, as such, it will be in a position “to negotiate a better price” for its beef farmer members. 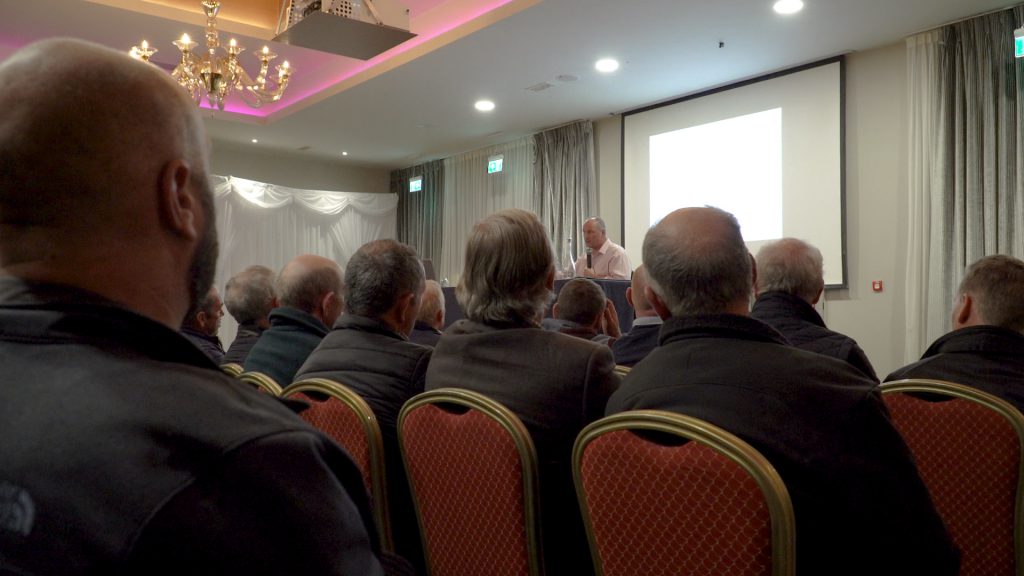 Speaking to AgriLand on the night, Donnelly said: “In a word, I would say ‘no’, they’re not engaging.

“We’ve contacted the main processors throughout the country. We’ve tried to establish lines of communication.

Some have simply not replied. Some have been somewhat curt in their responses.

“With the exception of Kepak, who are the only people who have said they will sit and meet with us, we’ve had almost no engagement from the others, which from my perspective is quite disappointing,” he said.

To hear the interview in full check out the video below, where Donnelly also outlines how the Beef Plan Movement is progressing behind the scenes since this summer’s national beef protest campaign outside meat plants.

He also addresses the current stalemate with regards to the Beef Market Taskforce, which has yet to hold its first official sitting due to further protests that took place outside Agriculture House on Kildare Street, Dublin, last Monday, October 14.

The Irish Beef Producers will continue to hold a number of further information sessions on the roadmap for the PO around the country over the coming weeks.

McDonagh to beef farmers: 'Protest gets you so far. You need a plan; an end goal'