Conor Ryan of Dovea with a Chianina bull in 2017. Image source: David Clarke

Irish cattle company David Clarke Livestock had a change to the breeds familiar to these shores in recent weeks – sourcing 20 pedigree Chianina heifers and flying them first class to a customer in Abu Dhabi.

One of the oldest and biggest breeds of cattle in the world, Chianina cattle originate from central Italy, according to the Irish livestock supplier.

Speaking to AgriLand, David Clarke explained: “We first sent some Chianina cattle [to Abu Dhabi] about four years ago; they’re the biggest breed of all, the Chianina.

“Conor Ryan from Dovea went out to the [source] farm in Italy at the time. We have a picture of Conor and a bull [on the farm]; the bull is huge – you’re talking about 1.7 or 1.8t.”

This time round, David explained, the same customer wanted 20 in-calf pedigree heifers. Sourcing them in Italy once more, the company had them flown first class.

However, because of their size and height, the animals had to go into the higher areas where there is plenty of clearance, rather than the standard lower decks.

“It took a couple of months to bring it all together, nearly three months between all the organising – particularly during Covid and the times we’re in,” David said. 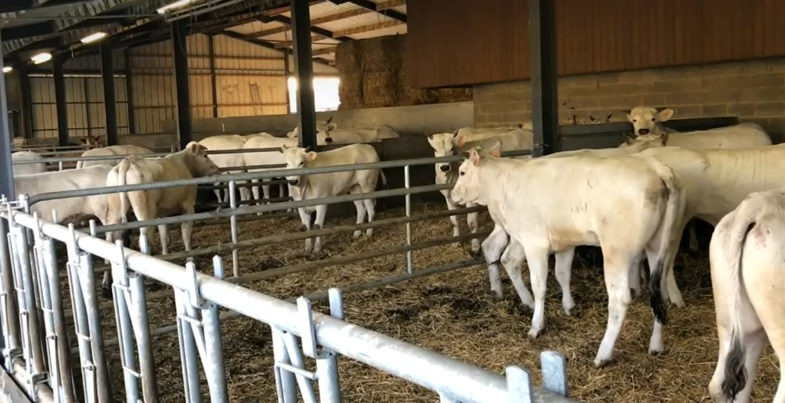 Asked whether any such animals had made their way to these shores, the livestock supplier said he had not delivered any, though some may have come to Ireland at some time.

On the farm they’re gone to in Abu Dhabi, there’s already Holstein cows – but for the Chianina they had to rise the fences – you’d call them deer fencing nearly, just to make sure that they’d stay where they’re put.

“It’s a status symbol in Arabic countries to have either a big white animal or a big white animal; it’s more a status thing than buying them for the beef. It’s that pure whiteness that comes through in them and the size of them. Also the horns have to be left on them,” David explained.

According to David Clarke Livestock (also known as cows.ie), Chianina cattle feature in ancient Roman art sculptures and the breed is also mentioned in poetry dating back to around 50 AD. Originally used as draught animals, Chianina are now mainly raised for beef.

Known for their sheer size and strength, cows can reach around 1,000kg in weight, while mature bulls can weigh in around 1,500kg and higher, the company says. 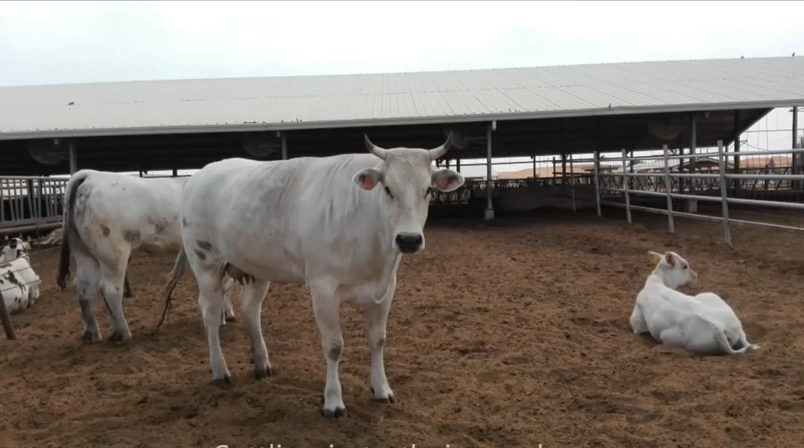 “Although calves are quite large at around 50kg their small skull size means that calving is relatively easy. Young animals gain weight at a rate of around 2kg a day,” the supplier firm notes.

Chianina cattle are usually slaughtered at 16-18 months, with carcass yields around 65%.

Grass tetany: Keep your eye on cows in the coming weeks