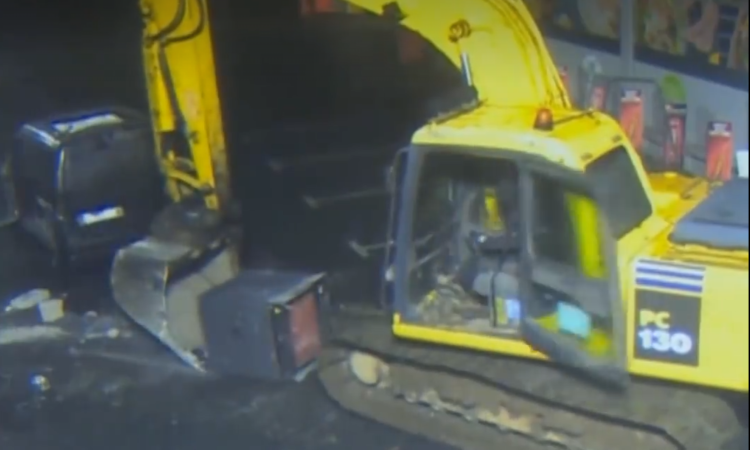 The CCTV footage of the recent theft of an ATM in Northern Ireland has been released. The footage captures the entire event.

The robbery of this ATM happened at a garage just outside Dungiven, Co. Derry, shortly before 4.30am in the early hours of Monday morning, April 8.

This cash machine theft brings the total number of ATM robberies to eight.

These cash machines have been stolen from counties: Antrim; Down; Fermanagh; Tyrone; Derry; Cavan; and Monaghan since the start of 2019.

This footage was shared on social media by the BakersfieldNow Facebook page.

In this incident, it is reported that the digger was stolen from a nearby building site.

It has also been reported that this robbery took just under four minutes from start to finish.

As can be seen from the footage, a black van with an opening cut in the roof was used to take the cash machine away from the scene.

The footage of the bank robbery comes as farmers close to the Northern Irish border have been warned by Gardaí to be vigilant and secure their heavy machinery in light of the spate of ATM robberies in recent weeks and months.

Taking to social media, members of An Garda Síochána based in Cavan and Monaghan issued advice to local farmers, builders and operators.

“Due to the recent thefts of plant machinery which has been used in the subsequent removal of ATM machines in the division, we would like to offer this advice to builders, farmers or plant hire operators,” the Gardaí said in a statement.

“If you have mechanical diggers, tractors or low loaders on sites, outfarms etc. please ensure they are stored securely and not left in an area that is easily accessed,” the statement concluded. 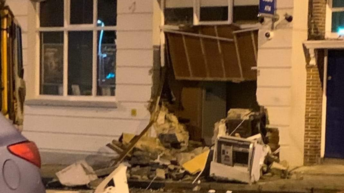