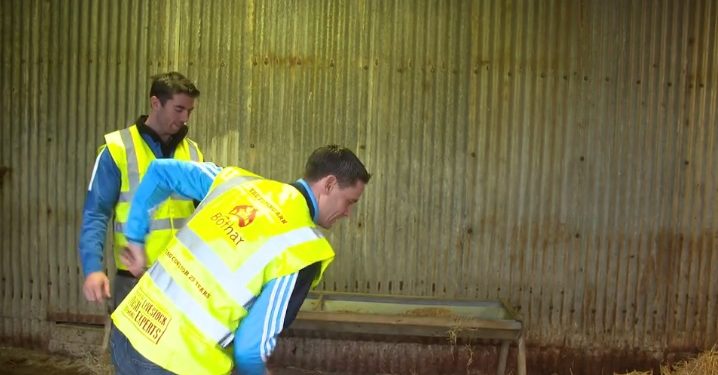 The Dublin manager was joined by All-Ireland winning captain and goalkeeper Stephen Cluxton and midfielder Michael Darragh MacAuley at the Shelton Abbey farm in Co. Wicklow.

For the past nine years, as part of a restorative justice programme, the farm at the prison has helped rear almost 1,500 animals that have been transported to African nations and the Balkans by Bothar.

The Dublin GAA trio were put to work on the farm by Shelton Farm Manager Tom Gregan, as well as meeting inmates and their family members.

The Dublin manager joined the charity on its 25th anniversary airlift in October to the African nation and witnessed first-hand the life-changing impact the Irish cows have on impoverished families there.

“I saw for myself first-hand only two months ago just how much an Irish cow can turn a lives around. Many of the cows that were sent out there were reared in Shelton so it was great to see how their project works.

The beauty of this programme is that these animals begin making a difference from when they are very young.

The prisoners who hand-rear these animals get a sense of responsibility and a sense of what it is to do good, which is an important aspect of their rehabilitation, Gavin said.

“And that’s before they are sent to Africa where they have a life-changing impact. The Shelton team run a very impressive operation.

“I would just ask now that anyone who hasn’t made their mind up yet as to the Christmas present they are going to buy for a loved one to consider donating to Bothar’s campaign as it really does transform lives,” he said.

Gavin’s support of Bothar this year has been incredible, according to Marketing Manager at Bothar, Kate Finucane.

“He has been so giving of his time and to set aside an afternoon aside so close to Christmas to come here and bring the guys with him has been typical of the interest he has shown in the Bothar project.

We have another airlift of animals in January so this last push to try and bring in financial support to fund the transportation of the animals is hugely important to us.

“Jim has been out to Rwanda to see for himself the impact that this programme can have on people’s lives so it was great to hear that.

“We have been partnering with Bothar on this programme for nine years now and it has been hugely successful. It has real meaning for the prisoners and gives them a sense of rehabilitation,” he said. 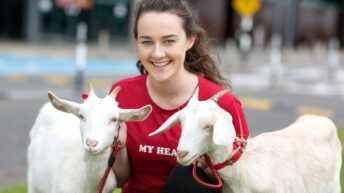 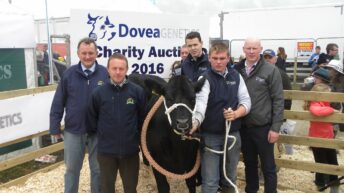