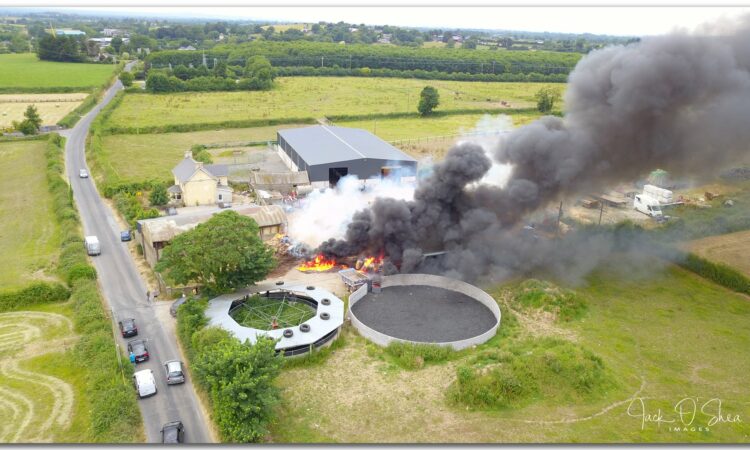 A major farm fire in Co. Limerick required the combined efforts of seven units from the local fire brigades to be brought under control.

Taking place on a farm close to Kilmallock, aerial footage was caught of the incident and uploaded online courtesy of local photographer Jack O’Shea.

O’Shea explained that seven units of the fire service from Kilmallock, Cappamore, Rathkeale and Charleville attended the scene to tackle the blaze.

“Thankfully, no one was hurt. This is the aerial footage showing how quickly the fire took hold,” O’Shea explained.

Friday witnessed several fires around the country; Wicklow Fire Service was under pressure throughout the day tackling flames in Bray Head, leading to a number of nearby houses being evacuated according to RTE News.

A farmyard fire also broke out in Dromore, Co. Down, with black smoke seen billowing from the flames from a distance, according to local reports.

According to local news publication Belfast Live, the fire was caused by tyres igniting on the farm.

Firefighters were reportedly called in at around lunchtime today, with four fire crews brought in before the fire was brought under control. 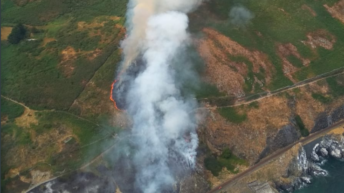