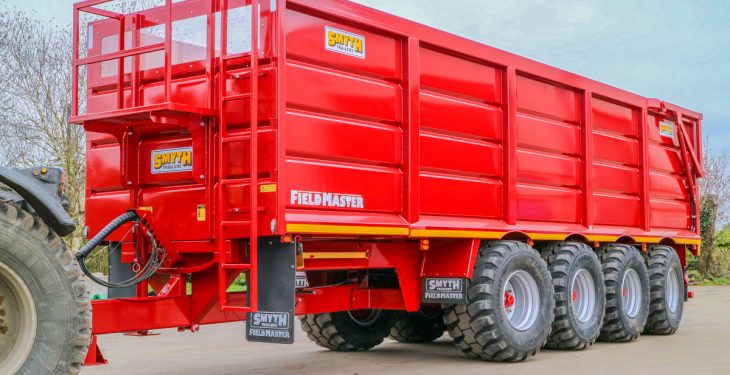 The trailer has been custom-built for a farmer in Denmark. It was ordered through Smyth Trailers’ Danish importer Tipvogn Salg.

Speaking about the project, Sam Smyth said: “We are always up for a challenge so when the order came in we simply said no problem; we can do it.” 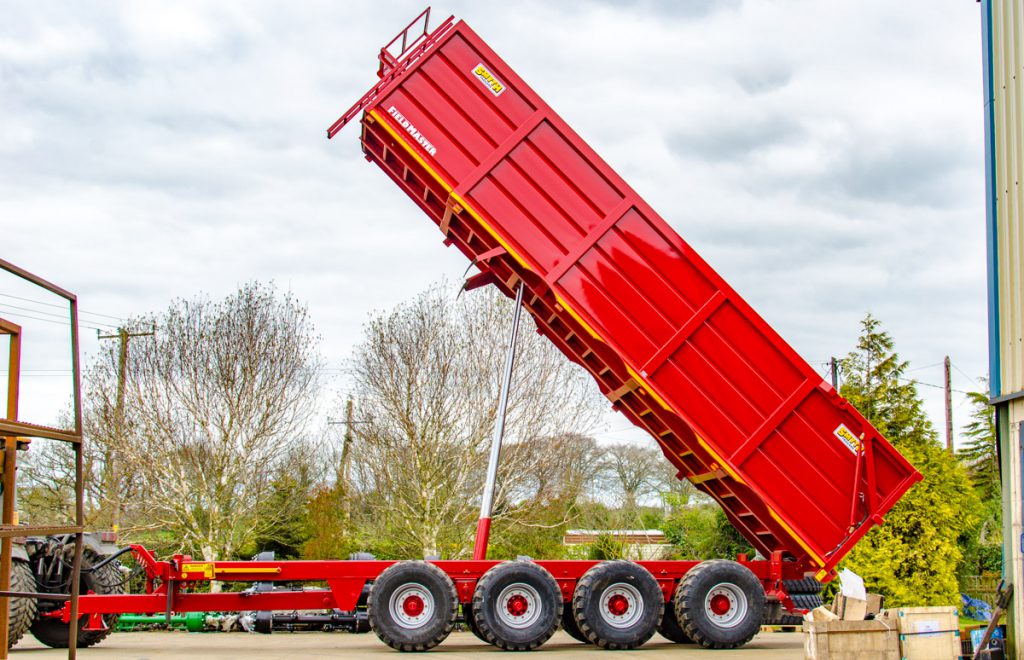 The trailer is based on the popular Fieldmaster range but has been narrowed by 5in – to meet the customer’s required specification, whereby the width is limited to 2.54m (8.3ft) and the length has stretched to 9m (29.5ft).

Up front, a catwalk has been fitted for “easy and safe access”, as well as a 360° swivel hitch for added safety. An optional hydraulic jack leg was also specified. 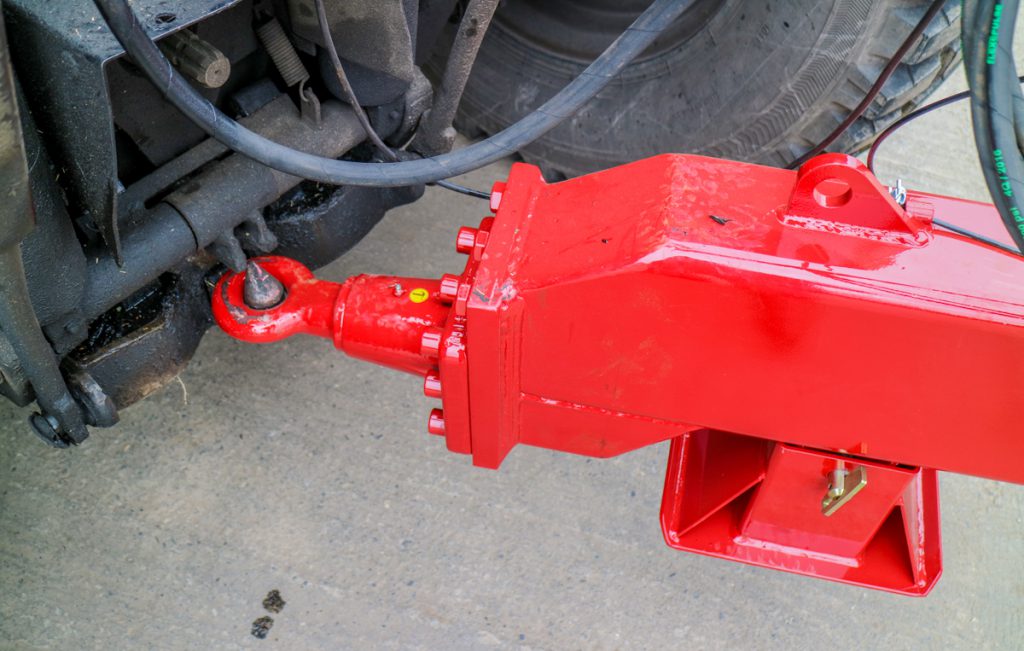 The most eye-catching part of the trailer has to be the provision of four ‘high-speed’ (105kph) commercial-specification axles, which feature 420mm x 180mm brake shoes – for greater stopping power. The front and rear axles incorporate passive steering, to aid manoeuvrability and reduce tyre scrubbing.

These axles can be hydraulically locked in the ‘straight ahead’ position – effectively turning off the steering system. This is needed, for example, when reversing. Mated to the axles are 600/55/22.5 low ground pressure tyres. These reduce soil compaction and also boost carrying capacity. 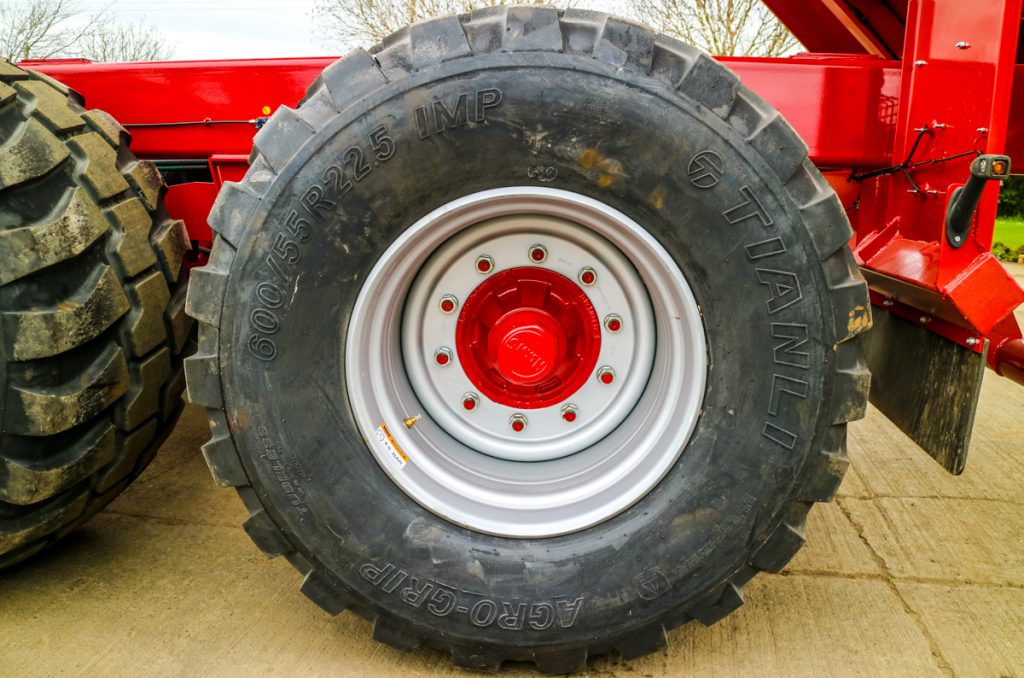 Completing the running gear package, a sprung drawbar is fitted to complement the “heavy-duty” suspension system, which consists of 4in-wide x 2in-thick leaf springs. Smyth claims that this type of suspension is better able to handle big loads and removes the ‘flex’ associated with ‘softer’ systems – therefore boosting stability. 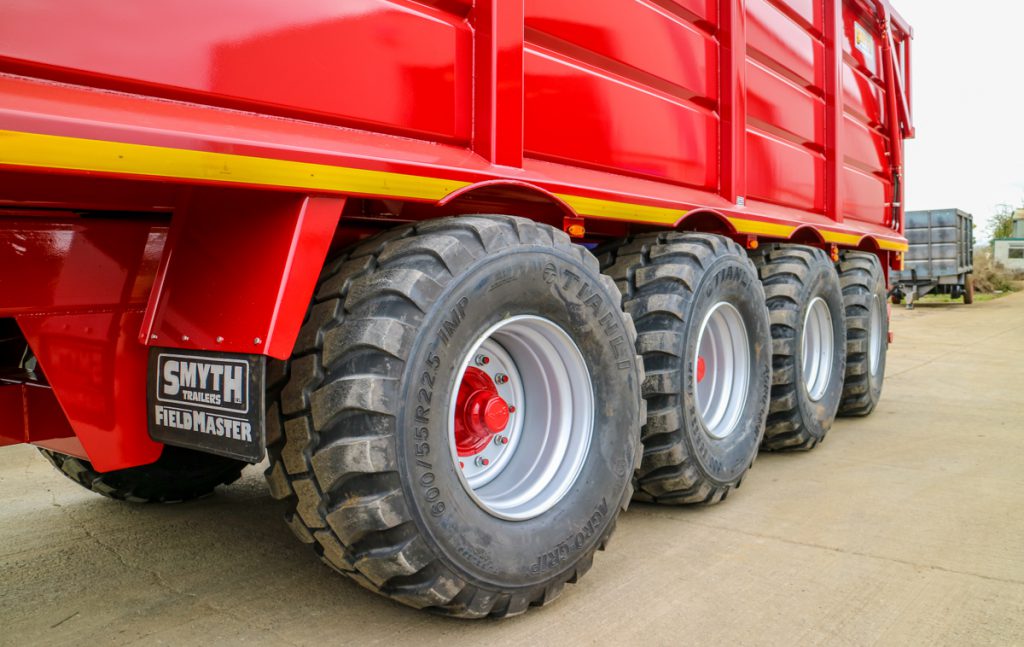 For ease of maintenance and to extend component life, the suspension system is fully ‘greasable’ at all pivot points; a central lubrication system is fitted to make the job much easier.

Moving up top, the body is tipped up by two “high-capacity” hydraulic rams.

The trailer was shot-blasted on site before being primed, then painted with a two-pack polyurethane coating and finally baked. Once it was dry, reflective markings were applied to each side and the rear – to comply with new regulations. A speed disc and manufacturer’s plate, outlining the gross capacity, were also added. The trailer is plated to bear a total weight of 39t (gross). Bear in mind that Danish legislation is different to that here in Ireland. 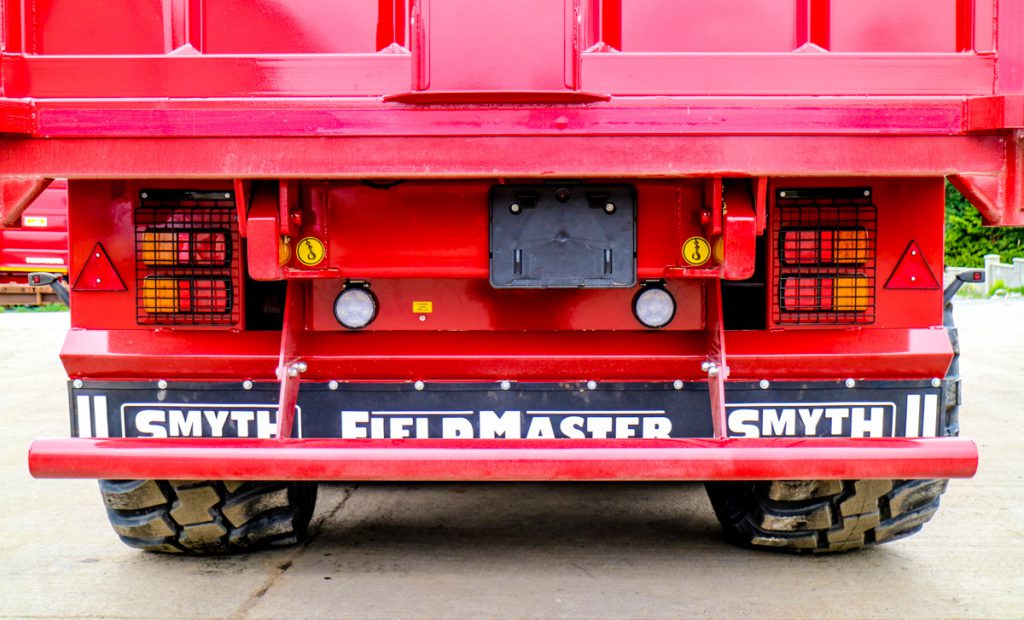 Completing the lighting package on this trailer are optional LED reversing lights (which consist of two lights at the rear and one each side). These lights switch on automatically when the body is raised, if the parking lights are on. For safety, warning-style LED strobe lights are fitted.

The trailer comes as standard with a safety ‘prop’, to be used when working under the raised body. Hose ‘burst valves’ are also fitted – to avoid the hydraulic rams retracting unexpectedly.

In other Smyth Trailer news, the company has generously donated a full-spec Supercube silage trailer to Combines 4 Charity for the ‘Great Grass Event’.

The Great Grass Event will take place near Grange, Co. Meath on May 6. The Supercube which can be won at the event is a high-capacity model; it is 6in longer and 6in higher than a standard version. It also features the distinctive sloped front, which boosts its capacity further.

The impressive ‘giveaway’ trailer is fitted with 600/55/26.5 tyres, a hydraulic rear door and load-sensing air brakes. Smyth added: “We are delighted, as a company, to be able to give back to our customers – while supporting and being part of such a great event.” 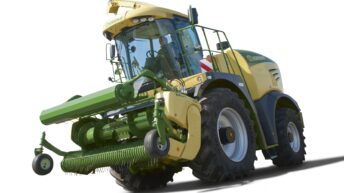