Milk production in the US continues to remain ahead of 2014 levels with September production up 0.4% on the same month last year, data from the US Department of Agriculture (USDA) shows.

According to the data, milk production in the 23 major milk producing states in September 2015 totalled 15.6 billion pounds (7.1 billion litres).

According to the USDA, this is the second highest milk production per cow for the month of September since the 23 state series began in 2003.

The average number of dairy cows in the US during the quarter was 9.31m head, 7,000 head fewer than the April – June quarter, but 43,000 head more than the same period last year, according to the data. 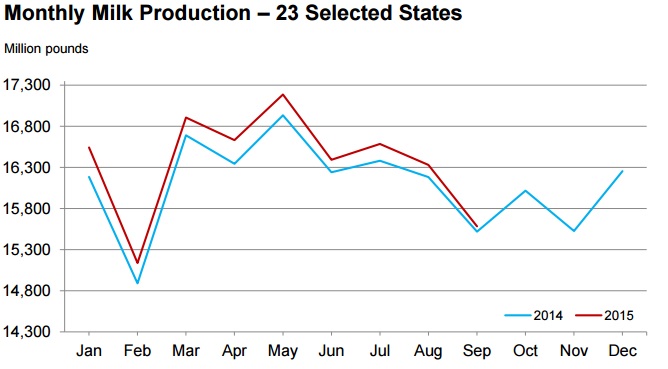