UN Report’s findings call Food Harvest 2020 into doubt, according to An Taisce 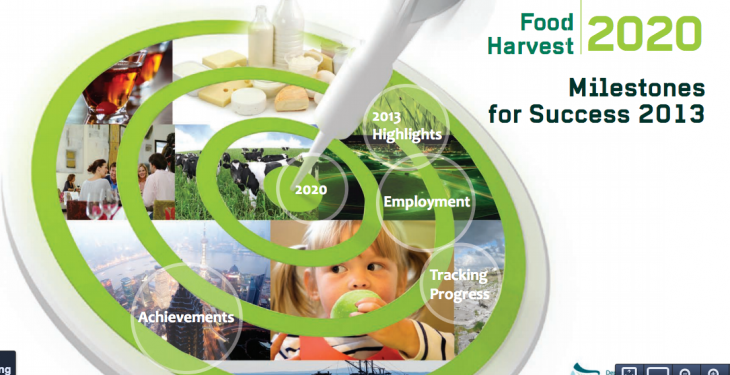 Food Harvest 2020 will not contribute to increasing food security, according to An Taisce.

An Taisce, The National Trust for Ireland, has welcomed the recent publication of a report by the outgoing United Nations Special Rapporteur on the right to food, Olivier de Schutter. However, it says, the findings of the report raise fresh concerns about export oriented agricultural policies, such as the industry-led and Irish government-supported Food Harvest 2020 programme.

Of key relevance to Ireland is the UN report’s recommendation that, “wealthy countries must move away from export-driven agricultural policies and leave space instead for small-scale farmers in developing countries to supply local markets”. FH2020’s crude export-oriented target of achieving a 50% increase in the volume of Irish dairy production is totally inconsistent with this recommendation, according to An Taisce.

According to An Taisce, Irish government officials have sought to justify the FH2020 plan by citing a need to increase global food production by 70% by 2050.However, problems of food security do not simply require massive volume increases in production. It is precisely this logic that led to destitution for many smallholder farmers in developing countries during the ‘green revolution’ of the 1960s and 1970s as large agricultural corporations consolidated land ownership, it says.

“This important UN report backs up criticism of the export-based growth envisaged in FH2020, such as the massive increase targets for dairy production”, stated Jack McCarthy, Agri-environment Officer with An Taisce. “FH2020 will have a significant negative impact on the status of Ireland’s countryside and ecological health. Moreover, Mr. de Schutter’s report suggests that FH2020 will also serve to perpetuate a dysfunctional food system that continues to reduce food security and exacerbate climate change”, he continued.

A key problem that Mr. de Schutter identifies is that in a global market place the luxury tastes of wealthier citizens are pitted against the subsistence needs of the poorest. “It is important to recognise that FH2020 is targeted at the luxury tastes of emerging middle classes and not the global poor. As such, it follows an outdated productivist paradigm, whereby global food security is seen simply as a problem of supply. This new report urges us towards a more integrated approach to agriculture that is not solely market driven. Questions around employment, environmental impact, access, and need must be given more consideration in policy design. None of these issues are sufficiently considered in the FH2020 programme”, concluded McCarthy.