Maloney sets out his stall for Coillte 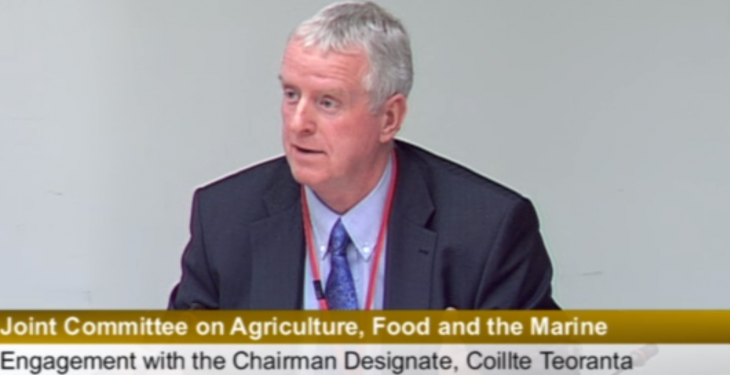 Chairperson designate of Collite John Maloney set out his plans for Coillte at a meeting today with the Oireachtas Joint Committee on Agriculture.

The former Managing Director of Glanbia PLC gave his initial views on Coillte and how he believes he can help with the continued development of the organisation.

He said: “My own career over the past 30 years has been spent entirely in the agri-food sector in Ireland both in the public and private sectors. I have never been far from the natural resource base from where Collite itself is based.”

On his sizeable experience in the Dairy sector He said: “It was over a period of significant change in the sector focused on improving the business and enabling it to compete internationally.

Maloney who stepped down as MD at Glanbia in November of last year remains a non-executive director in Glanbia Ingredients Ireland Limited an organisation in which he was instrumental in its foundation.”

Maloney noted: “Coillte has been on a journey of change from being a division of a Government Department to a profitable, innovative and customer focused state company.”

He said:  “At the core of the business is the custody of the land which is close to one million acres of forestry.”

Maloney outlined the business strategy over the next five years of which sustainability is a key part. He said: “At its core of the strategy is maximising the potential of the forestry estate. Given the long term global trends around environment, energy sustainability the market for Coillte products is huge. It can deliver a rise in the enterprise value of the business. To the benefit of the state as a shareholder as well as paying dividends over the next five years.

He stressed: “It is right that the state want a business performance form Coillte that is on a par with the best in the private sector.”

He commented: “Given my own experiences of reasonably large organisation. I believe I will be able to make a contribution to supporting and challenging the management in directing the business forward. We can maximise the commercial performance without compromising the environmental and social dividend that Coillte delivers to society.”