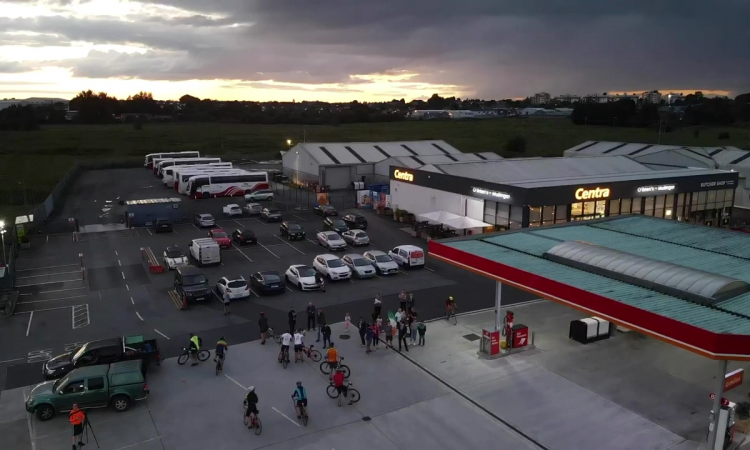 The Mayo Ultra-Cyclists were battered by rain and had to deal with punctured tyres yesterday (Tuesday, August 18) – but still managed to cover the largest daily distance of their charity cycle so far.

The team covered 340km yesterday – day three of the challenge – starting in Co. Roscommon and taking in counties Offaly, Tipperary, Kilkenny, Carlow, Laois and Kildare before finishing up in Co. Westmeath.

Almost €40,000 has already been raised for these worthy causes, with notable sizeable donations from several businesses in the agri-sector, as well as donations from generous private individuals.

So what were the highlights on day three?

The team set off from Roscommon town just after 6:00am yesterday morning and headed in the direction of Ferbane, Co. Offaly. From the outset yesterday, the weather was not on their side, with the rain bucketing down.

From Ferbane, they headed on to Birr, where they were met by members of Offaly Down Syndrome Association to cheer them on.

From there they moved into Co. Tipperary, going through Roscrea and Thurles – with the rain as a constant companion.

But they ploughed on, and there was some relief from the rain around Urlingford, Co. Kilkenny, with more mixed conditions as they traversed counties Carlow, Kildare and Laois.

The team hit probably the hardest leg of the journey on the road between Stradbally and Portlaoise, with heavy traffic and punctured tyres along the way, and the support crew in the bus working overtime to keep the show on the road.

The team wasn’t alone throughout all this though.

For the last leg of yesterday’s trip, from Co. Laois back through Co. Offaly and on to Co. Westmeath, the team was joined by the local Lakeside Wheelers Cycling Club from Mullingar.

And it was in Mullingar that Tuesday’s mammoth journey finished up. The team pulled into O’Brien’s Centra in the town, were they were greeted by a crowd of well wishers – as well as tea, coffee, curry and ice cream all prepared for their benefit.

They were also greeted by members of the local Down Syndrome community.

Fianna Fáil Longford-Westmeath TD and Minister of State Robert Troy was on hand to wish the team well and acknowledge their efforts.

That was day three. What did day four bring? Stay tuned to AgriLand over the coming days as we follow the team on their journey. 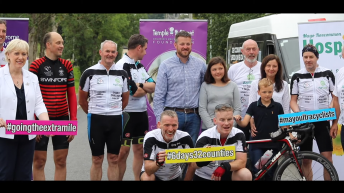