Farmers ‘can still transport cattle to processors themselves’ under PGI status 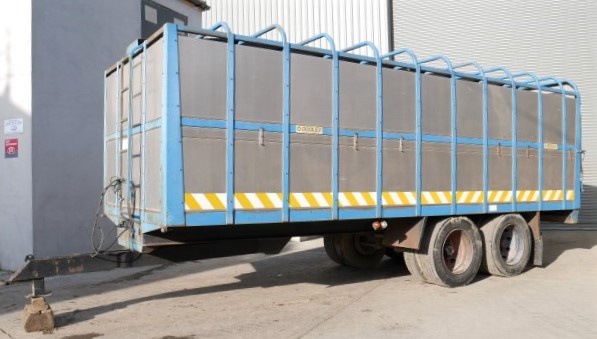 No changes to how animals are transported to meat processors are contained under Bord Bia’s proposed application for protected geographic indication (PGI) for Irish beef under a ‘grass-fed standard’, according to the food authority.

A spokesperson for Bord Bia told AgriLand that farmers can still bring their own cattle to the processor, and that the PGI proposal contains no change to the transport requirements under the Sustainable Beef and Lamb Assurance Scheme (SBLAS) and the Meat Processor Quality Assurance Scheme (MPQAS).

This followed on from concerns raised by some farm organisations that the use of a licenced haulier to transport cattle (qualifying for the PGI) was a stipulation of the proposal.

However, the Bord Bia spokesperson highlighted that, under the exisiting SBLAS rules: “Where the producer [farmer] procures hauliers for transportation of animals for journeys greater than 65km, the producer must use approved or registered hauliers and keep a record of the licence or permit.”

The spokesperson further clarified that: “The farmer can haul beyond 65km themselves, but if a haulier is used, they [the haulier] must be an approved one.”

In terms of how a PGI status for Irish ‘grass-fed’ beef might benefit the value of the produce, Bord Bia said: “PGI products generally attract a price premium.”

The spokesperson cited the global market research company Mintel, whose ‘Global New Products Database’ (GNPD) suggests that meat, dairy and fish products with a PGI logo have attracted a price premium of 10% to 20% over the last five years.

Earlier today (Wednesday, August 17), Bord Bia moved to clarify other points of the application, including some controversy over the mention of a two-hour travel radius.

Concerns had been raised – by farm organisations and lobby groups – that the application included a stipulation that animals could only travel for two hours (between a farm and a processing facility).

However, Bord Bia argued that this had been “misinterpreted”.

“The application was simply making a virtue of the fact that low transport times are a feature of Irish beef production. It is not a stipulation that the journey time must be under two hours in order for beef to qualify,” a statement said.

Bord Bia also moved to provide clarity on another sticking point that had been raised – the exclusion of young bulls.

The Bord Bia spokesperson said: “We have set out the PGI document in accordance with the EU GI [geographic indications].

“The key requirement of any PGI application is to specifically describe what is unique, protectable and reflects the actual farming, selection and processing steps that make this product.

“Young bulls are not included in the application, as the production systems [for them] are not unique to Ireland,” the spokesperson explained. 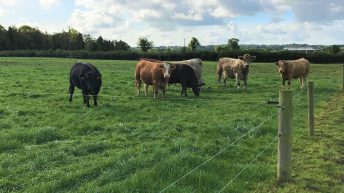