“The purpose of the demonstration was twofold.

“We wanted to show the European Commission that the agri food industry in Northern Ireland totally supports the need for action that will effectively support farm incomes.

“But we also wanted to let our own public representatives know that political stability at Stormont is a fundamental requirement for the farming and food sectors at the present time,” he said.

UFU demonstration at 1pm today. Come and voice your support for the local agri-food industry. pic.twitter.com/Lzc3RpNKkj 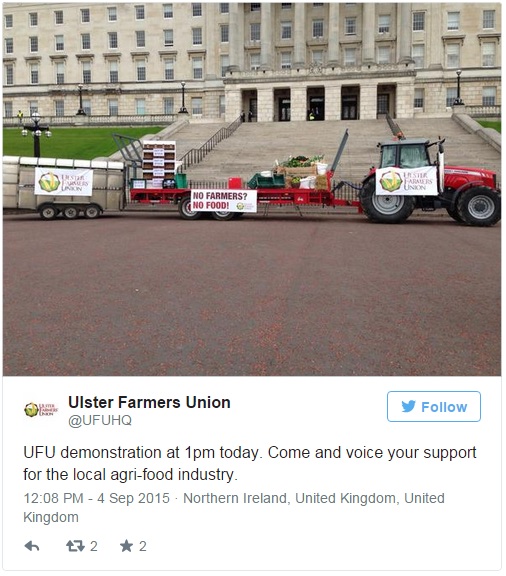 [/yes-app] Aston denied claims made by members of the Fair Price Farming Northern Ireland groups that the UFU had actively involved itself in the formal politics of Northern Ireland. “This is, absolutely, not the case,” he said. “And we have contacted all the political parties to make this very point. Our sole focus is on getting the best possible deal for every farmer in Northern Ireland, given the tremendous economic pressure impacting on our agri sectors at the present time.”

100’s of farmers turned up to Stormont to make their voices heard – sending a clear message to the EU Commissioner pic.twitter.com/QAa3wMKQeJ — Ulster Farmers Union (@UFUHQ) September 4, 2015

The UFU sends out a very clear message to the @EU_Commission – We need action taken now! #NoFarmersNoFoodpic.twitter.com/iV2GjrTV0W 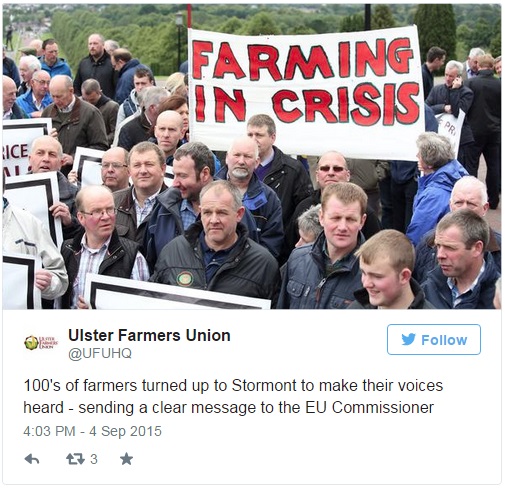 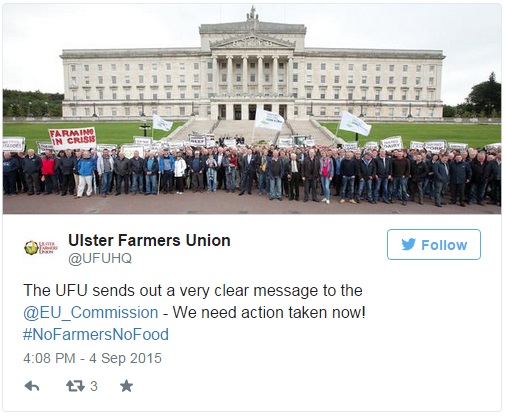 Aston believes that the large turnout of farmers for the Stormont protest will strengthen the hand of the North’s agricultural minister, Michelle O’Neill, when she visits Brussels next Monday (September 7).

“It is my understanding that Minister O’Neill will take part in the formal summit, which will involve farm ministers from across Europe,” he said.

“A strong deputation of Union members will also take part in the Brussels’ protest. We will await the outcome of the farm ministers’ meeting in order to gauge our future strategy.” 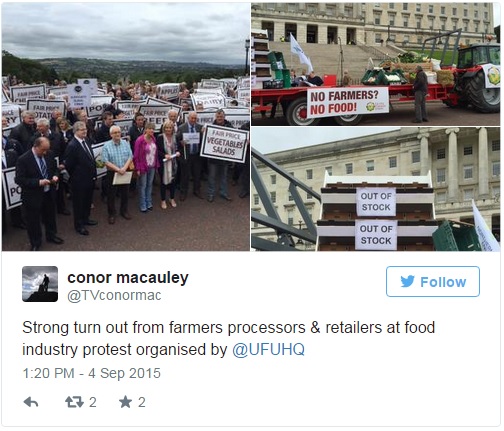 [/yes-app] Michelle O’Neill addressed the farmers and food industry representatives who attended the Stormont protest. She expressed disappointment at the reluctance of Commissioner Hogan to look at dairy intervention rates. “I cannot see the point in having a safety net that fails to reflect current market realities. I believe there is also a groundswell of pressure among other Member States for Europe to act swiftly. “Therefore I have been working with our MEPs and Minister Simon Coveney in the south to garner support for effective action at EU level.” 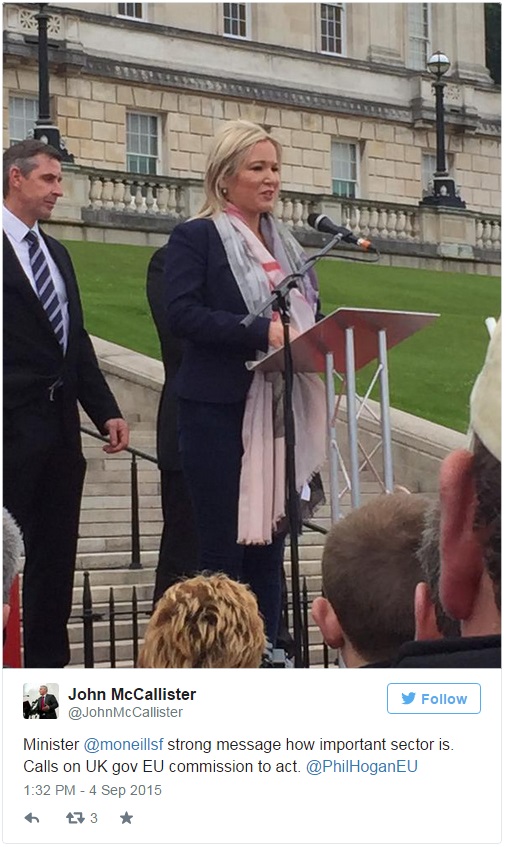 Pics: Over 2,000 people were at today's IFA protest