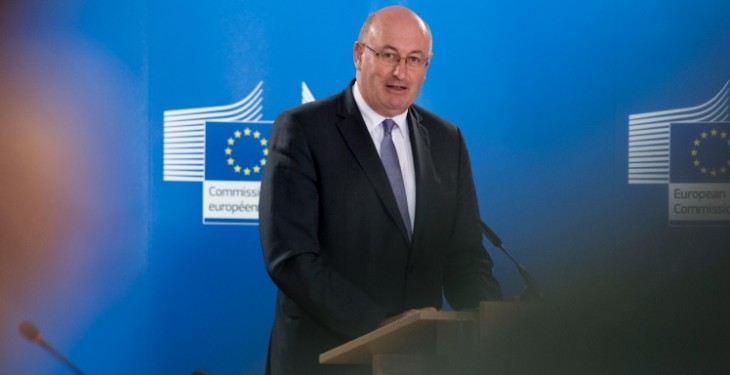 EU Agriculture Commissioner Phil Hogan is set to propose a €300m support package for the dairy sector on Monday next (September 7), according to ICOS European Affairs executive Conor Mulvihill.

“We believe this is the proportion of the 2014/15 EU superlevy fund which the Commissioner can draw down after it has gone into the overall EU budget, in response to the crisis now unfolding within the dairy sector,” he said.

“This should be new money, which has not been previously ear marked for other CAP-related measures.

Mulvihill says the monies will be used to implement a package with three aims.

“These are to improve farm liquidity levels; deliver greater levels of market stability and re-balance the agri food chain.”

An ICOS delegation, headed up by the organisation’s president Martin Keane met Hogan in Brussels earlier this week.

“Hogan will also recognise a particular plight of the Baltic countries with a direct aid package in the region of over €30m,” said Mulvihill.

“By common consent, it is the region of the EU that has been most badly hit by the downturn in dairy markets and the Russian food import ban.

At a more general level, the Commissioner may well sanction the immediate payment of a 70% advance in this year’s Direct Payment, Mulvihill said.

“He cannot go beyond this figure because of the fine detail that has yet to be sorted out in a number of member states with regard to the impact of convergence and greening on the new direct payment measures,” he said.

Mulvihill believes the Commissioner will tweak the current dairy aids to private storage arrangements to give more flexibility where cheese and skimmed milk powder are concerned.

“But intervention is a much more political issue,” he said.

“Hogan’s instinct is to stay well clear of the matter as he feels that committing to a review is merely gesture politics.

“But he may have no option but to introduce temporary, additional intervention arrangements if the vast majority of farm ministers call for such steps to be taken at next Monday’s meeting. 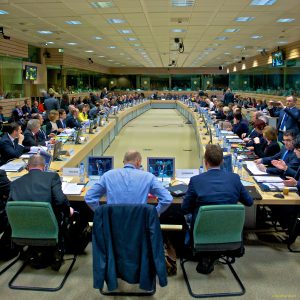 However, it seems that key countries such as Germany and the UK are against such a move,” he said.

Mulvihill said that the Commissioner will, almost certainly, make more money available to promote EU dairy products outside of Europe.

“That figure is due to be ramped up to €200m annually, in any event.

“So we will have to keep a close eye on the figures announced by Hogan in this regard. ICOS has already made it clear to the Commissioner that individual processing businesses must be allowed to access this promotional fund.”