UK supermarket The Co-op to source only British beef 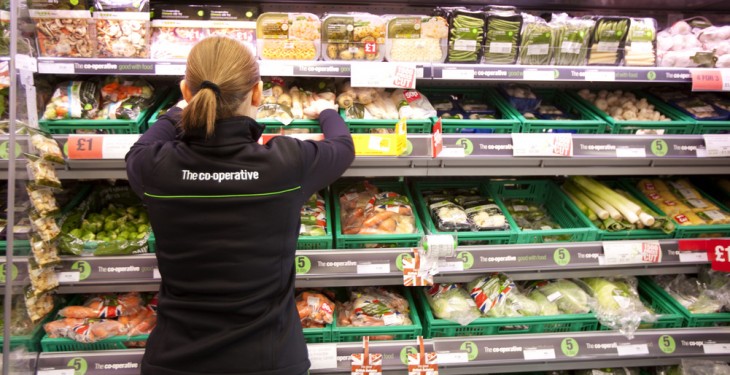 UK supermarket The Co-op has announced that it will only source UK beef for its own-brand products and ready meals.

It’s part of a £1.5 billion strategy which it outlines in its ‘Born and Bred’ report. The report states that, in recent months, the retailer has changed all of its ready meals to include only British meat and poultry.

It says that, with the exception of New Zealand lamb and Danish bacon, all own-brand meat will be British.

“We know food provenance really matters to our customers. In times of austerity, value for money remains important while needing to retain quality. These reasons drive our enthusiasm to invest in the UK economy to provide an opportunity for British food to have pride of place in our British aisles.

“British products are the ‘staples’ of our stores, and we go above and beyond many other retailers to make it easy for our customers to choose British – from fresh beef, chicken, pork and sausages to the meat in our sandwiches, chilled pies and ready meals.”

Research carried out for The Co-op shows that 73% of its shoppers have more confidence in British sourced food and 86% feel British food is more traceable, while 90% believe UK supermarkets should sell more food from UK farmers.

The report goes on to say that it trades with almost 2,000 UK farms and have over 550 suppliers from across the UK.

“British sourcing matters not just because it contributes to the UK economy and employment, but also because consumers expect it. It offers reassurance and helps them trust food security and sustainability. Importantly, a viable agricultural sector is also essential to feed the UK’s growing population.”

The report sets out The Co-operative Food’s three-year commitment (2015–2018) to investing in our agricultural supply chain across England, Scotland, Wales and Northern Ireland as it seeks to implement our purpose of “championing a better way of doing business”.