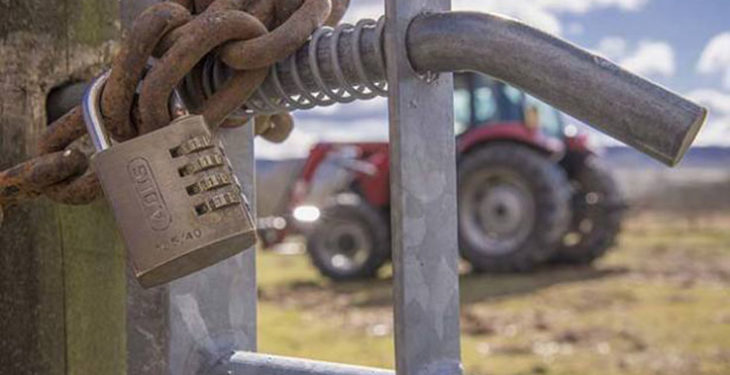 The Ulster Farmers’ Union is asking its members to complete a short survey in order to gain an insight into the real extent of the impacts of rural crime – and why, despite this, many rural crimes go unreported.

Rural crime is an increasing and costly issue for farmers across Northern Ireland, rising as high as £2.6 million in 2017.

As part of the survey, members are asked how they view rural crime as well as the official response they receive when reporting incidents.

Deputy president Victor Chestnutt said that while rural crime tends to be lumped together as a single problem it varies greatly in terms of cost and the psychological impact on farming families.

“At one level, it’s about petty pilfering and opportunist theft. However, what really unsettles people in remote areas are planned thefts of machinery or livestock. Another unwelcome problem is when it involves violence or threats to families,” said the UFU deputy president.

The UFU said that while it recognises the efforts of the PSNI and the Rural Crime Partnership in recent years, they are limited in terms of the resources they have available when it comes to controlling a problem, which has proved itself as being a major scourge on our countryside.

Chestnutt added: “Despite these efforts, farmers continue to remain disappointed that when criminals are brought before the courts, sentences imposed upon them rarely reflect the impact of these crimes.

“This is why we are undertaking this survey and encouraging as many members as possible to take part. It is wide-ranging, but simple to complete.

We want to establish how many families have been victims of rural crime, where in Northern Ireland these crimes occurred and whether there is a pattern as regards the value of the items stolen.

“We want to know more about people’s experience of reporting these crimes to the PSNI and why some people choose not to report these crimes, and whether that reflects a belief that they are not taken seriously,” said the UFU deputy president.

Chestnutt added that it would be a “bad day for rural communities” if people believed reporting a crime was little more than a “tick box exercise”.

“Tackling this problem has to begin with understanding it better and that is why we are encouraging members to take part in our survey,” said Chestnutt. 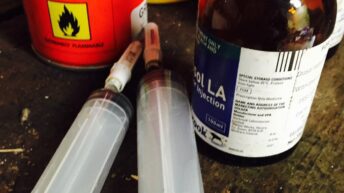