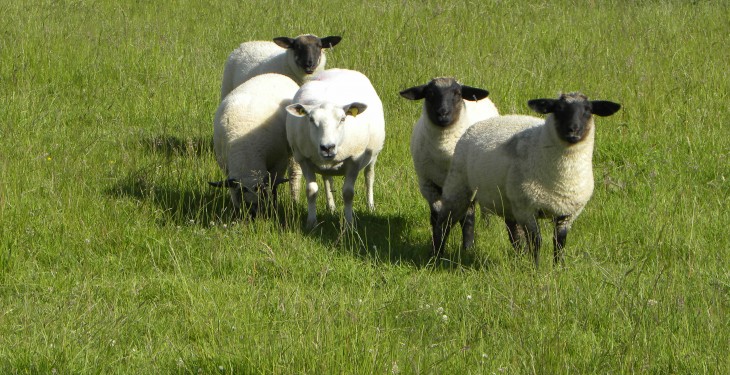 The Ulster Farmers’ Union (UFU) has written to a number of major retailers challenging their lamb sourcing policies, following their lack of commitment and failure to deliver on promises to source local lamb, which it says is evident from the Livestock and Meat Commission (LMC) Beef and Lamb watch latest findings.

UFU Hill Farming Policy Committee Chairman Ian Buchanan said: “Back in September 2013 the UFU Hill Farming Policy Committee conducted a survey across a range of supermarkets in Northern Ireland to assess the availability of local lamb on retail shelves. And, while it was not an exhaustive investigation the findings from our survey were very similar to the research currently being conducted on behalf of the Livestock Marketing Commission. To date both LIDL and Sainsbury’s have again performed well in terms of supporting local lamb producers with both retailers only selling British and Irish lamb. We welcome their strong support for local lamb production and would like to commend both retailers on their commitment to date.

“Tesco and Asda however remain the worst offenders with both retailers displaying high proportions of New Zealand or Australian lamb on their shelves at a time when the prime season for local lamb is well underway. Having met with both Asda and Tesco during the winter months, commitments were made by both retailers to improve the availability of local lamb, however it is now clear that they have again not lived up to their promises.

“Tesco in particular have performed extremely poorly with local lamb almost non-existent on their shelves.”

He said that retailers would do well to make a real, tangible commitment to sourcing local lamb and supporting local producers rather than just making empty promises. “We firmly believe that lamb producers in Northern Ireland are producing a high quality, fully traceable product in a unique rural environment which is valued by our local population and travellers from further afield. In order to protect this, retailer support is essential for local farmers which will in turn ensure that our countryside is preserved by farming families who have a strong desire to supply consumers with this excellent product.”