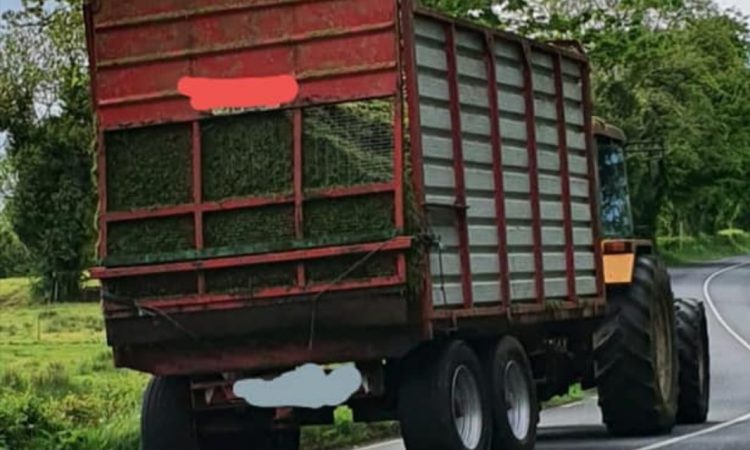 A tractor driver landed himself in hot water with members of An Garda Síochána following a safety slip-up – prompting Gardaí to issue timely advice as silage season continues in full swing around the country.

While travelling on the N3 route in Co. Cavan, the driver in question was observed by Gardaí to be on the phone while driving as he turned off the road – promptly leading to Gardaí intervening.

“Yesterday [Tuesday, May 19] this tractor was observed by Cavan Roads Policing Unit turning right off the N3.

The driver was on his phone while completing the manoeuvre. A Fixed Charge Penalty Notice was duly issued.

“With the silage-cutting season in full swing we would urge all road users – in particular drivers of farm machinery – to exercise caution.

“There are increased numbers of cyclists and pedestrians using our rural roads due to the current 5km exercise restrictions,” the Garda statement warned.

The matter underlines the importance of prioritising safety as silage season gets underway in earnest around the country.

The Irish Farmers’ Association (IFA) and the Road Safety Authority (RSA) have issued a joint appeal to stress road safety this silage season, particularly with more pedestrians and cyclists on the roads due to Covid-19.

Farmers and machinery operators are asked to keep the following safety tips in mind:

IFA president Tim Cullinan highlighted the importance of being vigilant during the busy season:

“Normally at this time of the year, both the IFA and the RSA appeal for motorists to be on the lookout for tractors, trailers and other agricultural machinery exiting from fields and farmyards and, while traffic volumes have reduced, this advice still stands.

However, we are making a special appeal this year in light of the current situation to ask that anyone driving farm machinery – especially on rural roads – cut back on their speed and understand that around every corner could be a neighbouring family or friend out for a walk, jog or a cycle within 5km of their home.

“We should all expect the unexpected. We have learned already this year, whether on the farm or on the road, there is no place for complacency,” the president stressed. 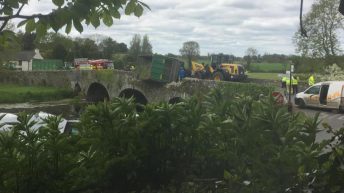