This is the first listing to be released since the EBI base change was carried out last year.

Remaining in pole position for a third consecutive run is the herd belonging to Kieran Hearne from Carrick-on-Suir in Co. Waterford.

With an EBI of €170, made up of €52 from the milk sub-index and €85 coming from the fertility sub-index, was David Fitzgerald from Mallow, Co. Cork who came third on the list.

Advertisement
Recording the biggest jump of this evaluation was Thomas Supple from Ballyheigue, Co. Kerry, with his average EBI rising from €120 to €132, an average jump of €12, figures show.

The latest ICBF figures show there are 19 herds with an EBI of €150 or more, an increase of 12 herds from the previous evaluation.

Figures show that the average EBI of the Top 200 herds is €130 with €37 coming from the Milk Sub-Index and €57 from the Fertility Sub-Index. This compares with a national average of €67, the ICBF show. 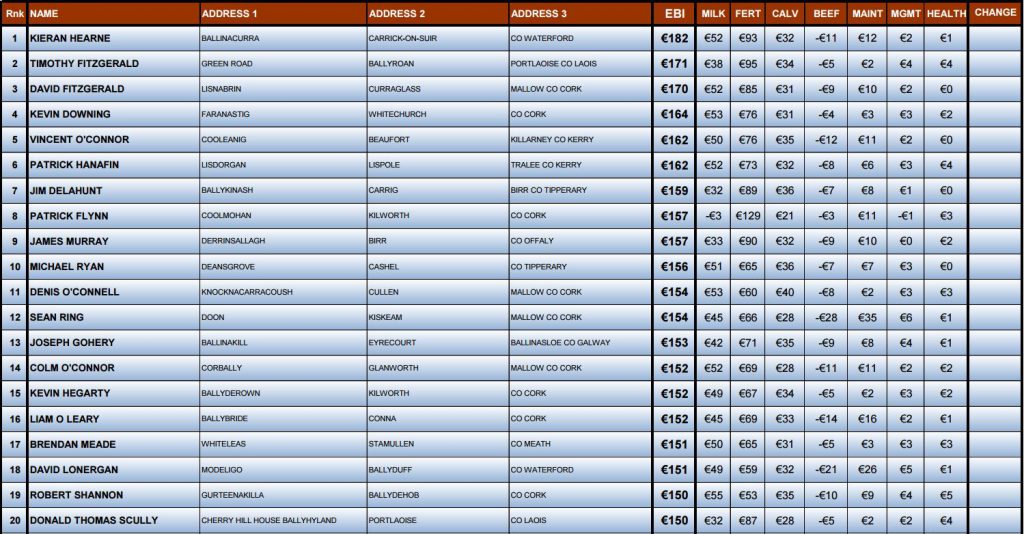 EBI value set to change - What does this mean for your herd?

Low or high-input dairy farming - But is there a third option?