Secretary of IFA to be appointed in the ‘next few months’ 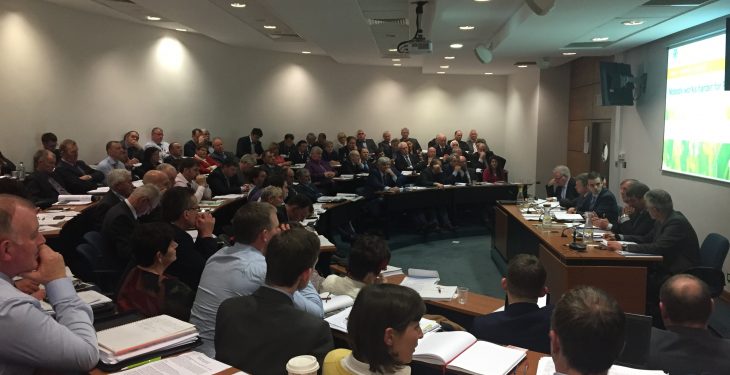 The Irish Farmers’ Association (IFA) is to appoint a Secretary to in the next few months, IFA President, Joe Healy, confirmed at the association’s recent AGM.

The role is to be filled by a member of staff currently within the association, that will be recommended by the President and Deputy President, he said.

Healy said that the candidate will be recommended to IFA’s Executive Council for approval to carry out that function.

Following a recommendation from the Con Lucey report in December 2015, it was decided that the role of General Secretary, previously held by Pat Smith, of the IFA would be split into two – a Director General and Secretary.

This change in role was agreed on by Executive Council and has since been adopted by the association.

No further details regarding the Secretary’s pay or when IFA hopes to advertise for the job are known yet.

News of his appointment came almost one year to the day when his predecessor, Pat Smith, stepped down from the role. McDonald is a former CEO of Horse Sport Ireland and was CEO of Macra na Feirme from 2001 to 2007.

He previously worked for the association from 1999 to 2001 in the position of Livestock Services Manager where he worked in the areas of Direct Payments and Animal Health.

Speaking after his appointment, McDonald said that being from a farming background, he is very conscious of the responsibilities the position of Director General of the IFA brings with it.

“I am looking forward to working with the President, the Officers, the Executive Council, National Committees and IFA’s staff team to progress the organisation and the issues affecting the farming community,” he said. 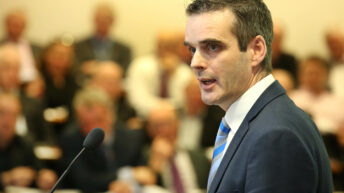