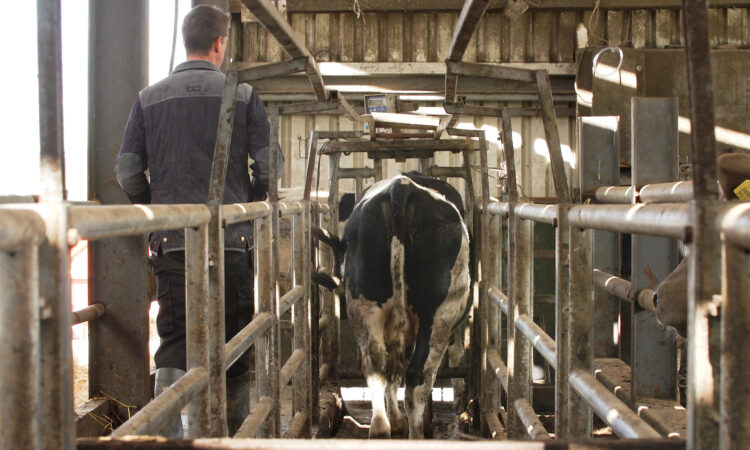 The beef farmer has entered the Teagasc Green Acres Calf to Beef Programme.

Originally, Thomas brought Friesian spring-born calves through to slaughter as steers at 24 months; however, the Wexford-based farmer made the move to autumn-born calves in 2017, as these calves suit the system run on the farm.

Friesian and Hereford bull calves are purchased in the autumn of each year (80 last year), with the best performers destined for bull beef at 20 months; the remainder are slaughtered as steers at 24 months-of-age.

“I went down the autumn calves route in order to get more grass into the system when you are finishing bulls, and it also lightens the workload in the spring when you are calving suckler cows,” Thomas explained.

With this system, Thomas has finished bulls ready for slaughter in June – a time when beef price is generally higher and this helps with cash-flow.

Although the bull route is risky, autumn purchasing means that animals are ready to hit grass early in the first grazing season.

“I like the bulls because you can have a higher stocking rate with the autumn-born calves,” he added.

Along with the Friesian and Hereford bulls and steers, Thomas also buys a number of spring-born Limousin calves. The steers are aimed to be slaughtered at two years, while the heifers are sent for slaughter slightly earlier. 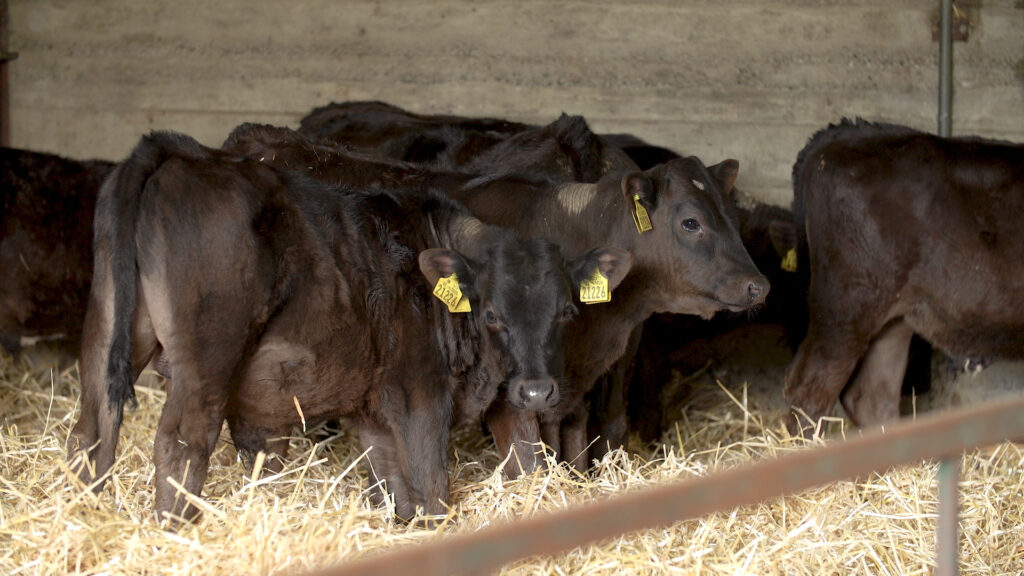 Purchasing and turning out calves

At the moment, Thomas is purchasing – three-week-old – calves from multiple sources. However, he is currently building relationships with dairy farmers so he can be confident that these calves will have had the best start in life.

On arrival, calves are allowed to settle into their new environment before being fed electrolytes and started on a twice-a-day (TAD) feeding system.

The farm is described as dry and this is complemented by excellent infrastructure in terms of paddocks, roadways and winter accommodation. A new seven-bay slatted house was constructed last year. 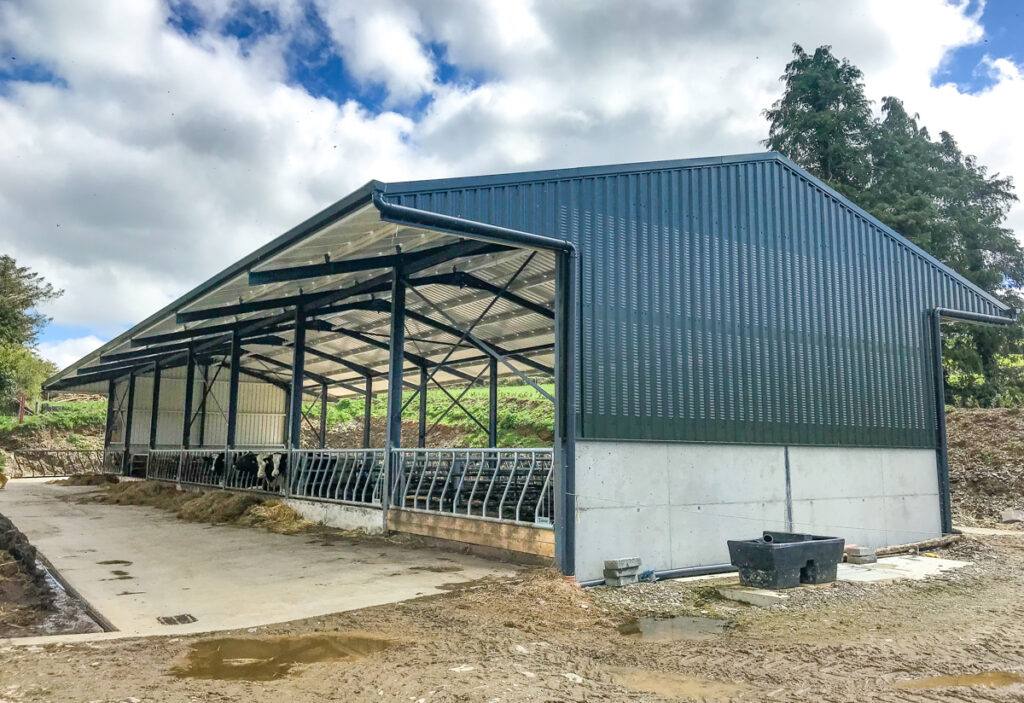 Autumn-born calves were turned out to pasture on January 15 this year by day. As the infrastructure is in place, these were housed at night and were grazing full-time by February 20.

“I don’t mind bringing cattle in and out. If you are waiting for the fine day to let them out, you’ll be waiting until the first of May,” he said.

Frequent weighing complements this system, as weanlings not capable of hitting the bull beef targets can be identified early and can be redirected down the steer route.

Thomas has been weighing his cattle for the last five years – as calves, at turnout, at housing and once or twice during the summer, while bulls destined for the bull beef market are weighed every three weeks – during the finishing stage – to monitor performance.

“It helps identify poor-performing animals and it takes the guesswork out of it – especially when it comes close to slaughter. 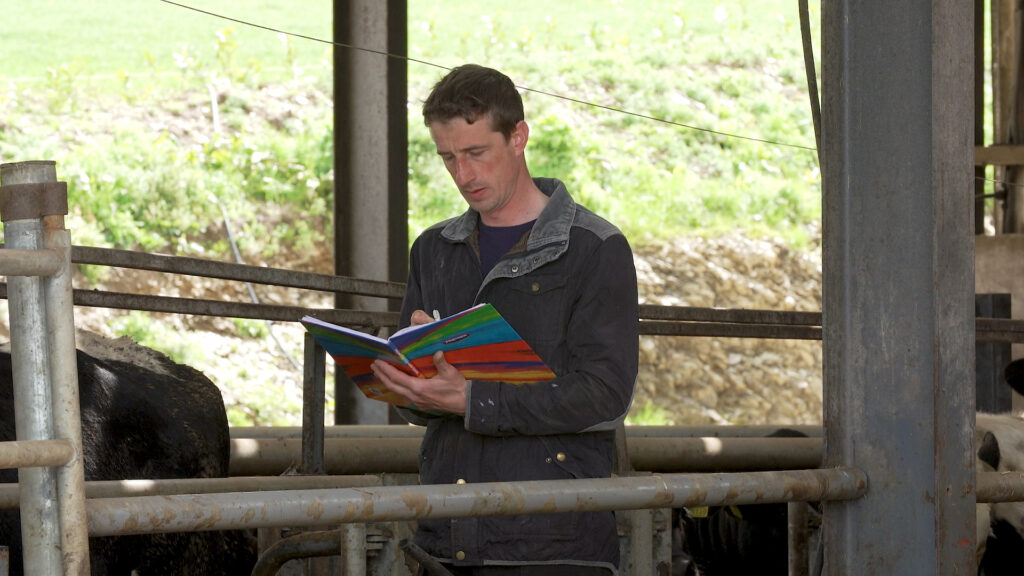 “When you are feeding bulls and they are eating away, when they wouldn’t be putting on any weight, you know it’s time for the factory,” Thomas explained.

Weighing is carried out with ease on the farm. The weighing scales is located at the front of the crush and animals are penned according to weight and diet.

At the time of visit, Thomas was weighing batches of bulls that will be slaughtered in late July or early August; a pen of seven Friesian bulls averaged 516kg ranging from 495kg to 535kg.

In a normal year, the Friesian bulls would be killed in late May or June, but because of the late turnout and drought in 2018, Friesian bulls are approximately 70kg behind target.

These bulls are currently on a store diet consisting of 14kg beet (which is purchased off-farm) and 1kg of beet balancer. These animals will be pushed on in a month-to-six weeks’ time on ad-lib meal for 100 days. 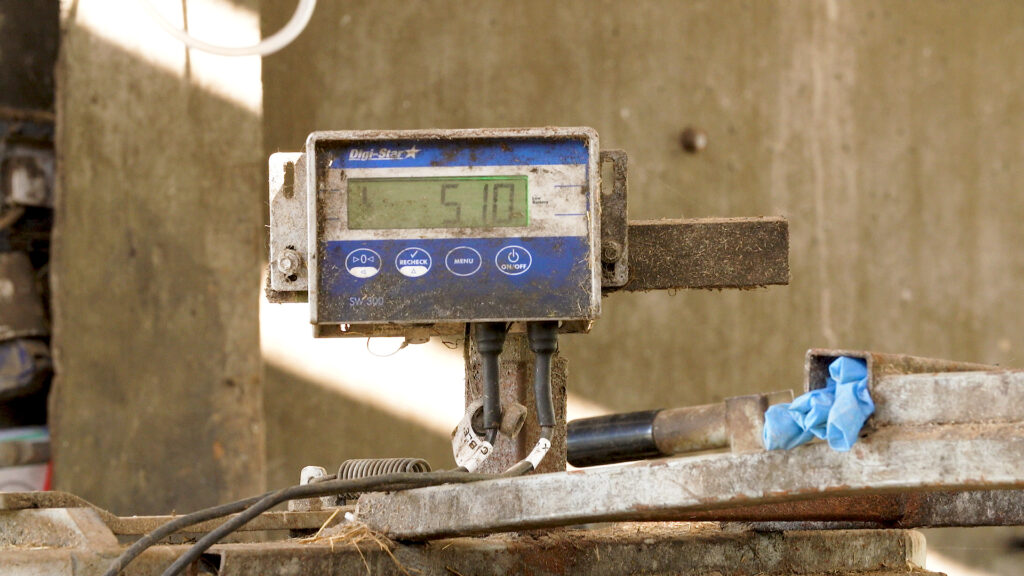 “The autumn-born calves should come in at the end of November at 400kg, aiming for 1kg/day at grass – on average – and 280 days at grass,” Thomas added.

The grazing platform and silage

Soil samples taken earlier this year indicate that the farm is at an optimal pH of 6.2-6.3, while 80% of the farm is index 3 for phosphorus (P) and potassium (K), while the remaining 20% is index 2 for P and K.

Thomas is new to the plate meter and the average farm cover stood at 660kg DM/ha (Wednesday, May 1).

While he always applied the ‘graze in three days, grow in three weeks’ motto, by measuring grass, Thomas has more confidence when it comes to grass management decisions. 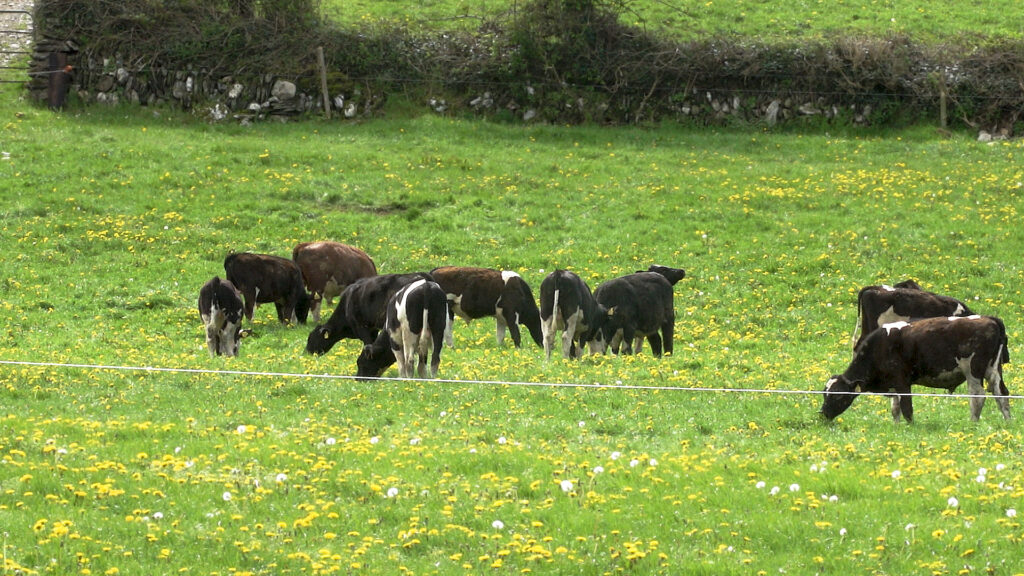 While Thomas’ farm is heavily stocked, any surplus paddocks will be closed for bales. In addition, if numbers grow to 120 autumn calves this year, paddock size may have to be adjusted to facilitate a larger mob of cattle.

Silage will be harvested from a nearby out-farm. This received 23 units of nitrogen (N) in late January prior to grazing.

Once grazed, 2,000 gallons per acre of cattle slurry was spread followed by 18-6-12 and 54 units of N per acre; bales will be harvested on May 20 weather depending. 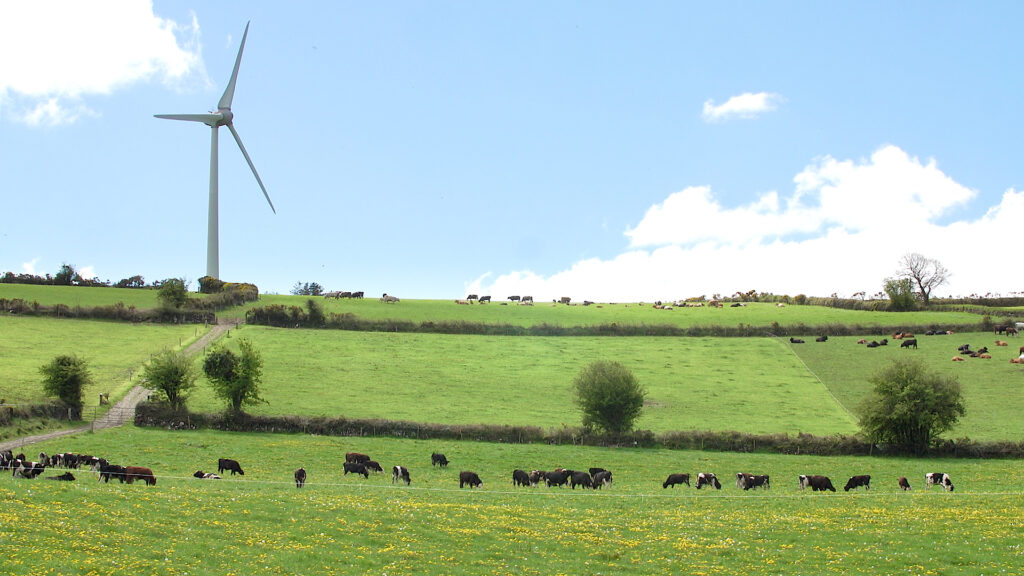 A 6ac Redstart paddock was also reseeded four weeks ago and Thomas will aim to reseed 15% of the farm going forward every year.

Thomas was put forward for the Teagasc Green Acres Calf to Beef Programme by his local Teagasc advisor James Doran.

Both James and programme advisor Sean Cummins will work with Thomas over the course of the three-year programme focusing particularly on calf health and grassland management.

While winter accommodation is adequate, Thomas will look into constructing a calf shed in the coming years. 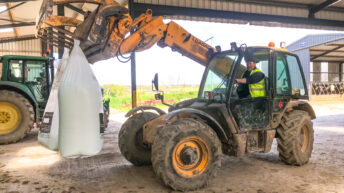 Getting fertiliser out on silage ground in Co. Meath