The president of a farmers’ lobby group in Northern Ireland has said: “It’s not one or two cattle now, they’re taking the cattle in lorry loads.”

The president of the Ulster Farmers’ Union (UFU), Ivor Ferguson added: “It is disappointing that we haven’t made much headway on the level of cattle thefts.”

Ferguson was speaking at a meeting tonight, Tuesday, May 7, in the Blackwater Centre, Emyvale, Co. Monaghan, in light of the mounting concern – among farmers in the border region – surrounding cattle rustling. 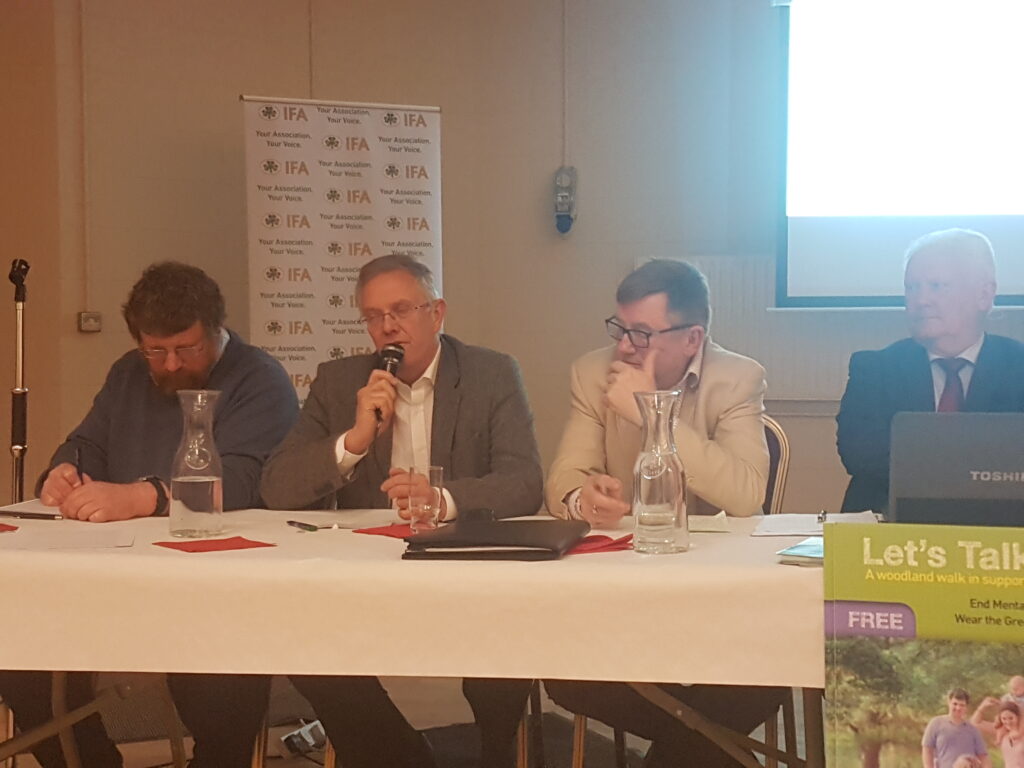 The meeting was organised by the Irish Farmers’ Association (IFA) and was chaired by the Monaghan IFA branch chairperson, Frank Brady.

Ferguson stressed that rural crime is a serious problem especially in the area he lives in (south Armagh).

In Northern Ireland in 2017, rural crime cost people £2.6 million. I have to say from a farming point of view we certainly feel isolated and very vulnerable.

Ferguson noted: “We face intimidation and threats from some of these guys that are stealing our cattle, tractors and machinery.

“It’s a very difficult position to be in and there’s a lot of fear among farmers out there.

The UFU president said that the main counties in Northern Ireland that have been affected are: Armagh, Down and Fermanagh.

He noted that farmers have stepped up to the mark and have taken a lot of steps in protecting properties.

One thing that is a bit of a problem for us and our farming members in south Armagh is they are very afraid to pass on any information to the PSNI.

Concluding, Ferguson called on the PSNI and the Garda Síochána to work “closely together to try and properly police the border areas”.