Tipperary on the road to dairy expansion 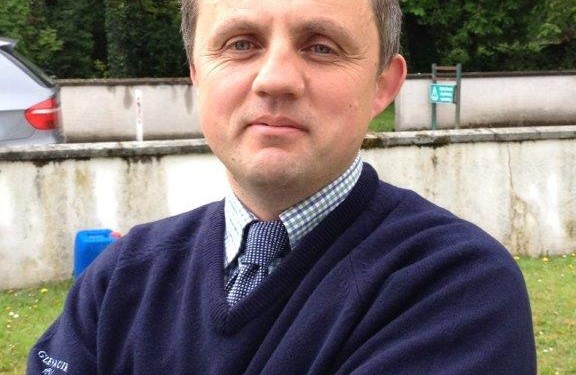 The Tipperary region has the potential to increase its milk production by more than 60 per cent over the next five to seven years. This is according to the latest research by Teagasc and Tipperary Co-Op.

Key areas for this to happen are improvements in calving dates, heifer numbers, grass growth and change of land use.  In addition, plans for an advisory Teagasc/Tipperary Co-Op programme are at an advanced stage to support farmers in the region who are planning dairy expansion.

“There is lots of potential there if farmers and suppliers pull out all the stops to increase milk production,” according to Teagasc’s George Ramsbottom, who added hard work, commitment and good advice is key for this to happen.

Research by Teagasc and Tipperary Co-Op, presented this week to suppliers in the region, examined a number of factors affecting milk production in the region.

Of key importance was calving dates. According to Irish Cattle Breeding Federation data, the Tipperary region has a mean calving date of 7 March.

“The most profitable dairy farms have a calving rate of early to mid-February,” noted Ramsbottom, who said bringing mean calving date back was vital to increasing profitability and he noted the co-op milk production seasonal scheme was supporting this change.

As a prime example, he said Teagasc research shows in a non-quota environment profitability is highest for mid-February calving cows because such cows had the best balance of milk yield, grass intake and meal feeding level. This is of particular relevance in light of the imminent abolition of milk quota next year, he added.

Also high on the agenda for the researchers was soil-carrying capacity in the Tipperary region.  Speaking to AgriLand, Ramsbottom explained: “One third of suppliers are grazing on dry soils, 40 per cent farm on mixed soils and the balance manage heavy soils. We believe all categories of farms could be more intensively farmed in future – especially those on the drier and mixed farms.”

He continued: “Analysis of the 2012 National Farm Survey shows that before the single farm payment, dairy farmers on 40Ha made an average net profit of €32k, while the average beef producer lost €2k. Even the top 10 per cent of beef farmers only managed to make a net profit of €9k. They could double or even triple their profit if they converted to dairy. We would encourage a change of land use in the region by promoting partnerships, share farming or the lease of land from dry stock to dairying.”

Replacement heifers will also be a key component for dairy expansion in the region.

The Teagasc research found Tipperary Co-op suppliers have an average of 28 replacement heifers per 100 cows while there is potential to increase this number to 40 heifers per 100 dairy cows in future years.

“There are just enough heifers to maintain the current herd size in the region but more heifers are needed for expansion,” he added.

Grass and grass growth measures will also be fundamental. “We know from Teagasc Moorepark’s PastureBase, which monitors grass growth on farms in the region, the better dairy farms grew 15 tonnes DM/Ha in Tipperary last year and that utilising more grass is critical to profitable cost-efficient expansion,” said Ramsbottom.

To maximise this natural resource, Teagasc will be encouraging Tipperary Co-Op to subsidise soil tests for dairy farmers in the region.

“If Tipperary Co-op suppliers pull out all the stops, the region has the potential to increase milk production by 64 per cent over the next five to seven years,” the Teagasc expert concluded, ” And over the next two years, suppliers have already said that they are confident they can increase milk production by up to 20 per cent. So there is lots of potential out there.”