Opportunity knocks but once 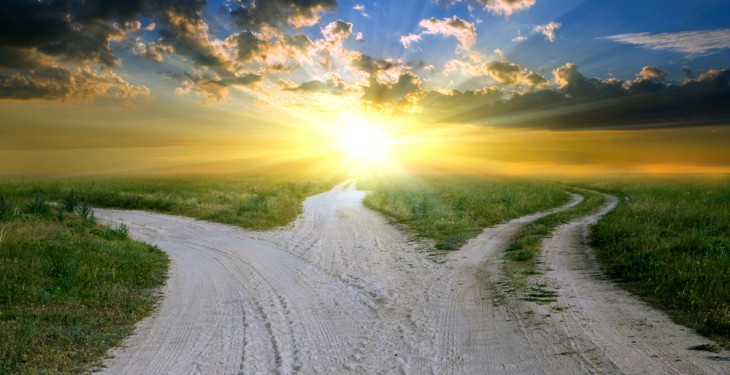 The opportunities for Ireland’s agricultural sector, dairy in particular, are endless but there are challenges and influencing factors on the road ahead to Harvest 2020.

“Global demand is greater than supply. Ireland can achieve 50 per cent growth by 2020, plus two per cent after that. But weather, food safety, energy, greater price volatility and global economy can impact.”

This is according to agri-consultant and former Irish Co-Operative Society director general John Tyrrell, who was speaking at a recent Grassland Agro conference.

Ireland’s current agricultural output stands at beef 39 per cent, dairy 30 per cent, cereals five per cent, sheep four per cent, pigs eight per cent and other sectors 14 per cent.

And this is all set to change over the next six years, with a focus on dairy expansion.

Speaking to AgriLand, Tyrrell outlined the latest data shows that Ireland’s food and drink exports reached just under €10bn last year and he predicted that the Harvest 2020 target of €12bn is on track and stressed the export opportunities to China are very positive.

“For example during 2013, dairy exports to China amounted to €280m, which was second to Germany, Ireland’s prime dairy market. This indicates the growing potential of exports to China. Its economy is growing rapidly and the potential is there,” he explained.

In terms of influencing factors, he outlined the new CAP, with its shift to sustainability green supports, decision-making changes at a high EU level and trade-driven policy with the World Trade Organisation will all stimulate economic activity for Ireland’s agriculture sector.

A factor for the sector to also consider is climate change. “Climate change is happening,” he said. “There are more frequent severe events, for example hurricanes, floods and droughts. The scientific evidence is there. It is important to note that agriculture share of greenhouse gas emissions is high. So climate change does impact on production and development.”

Also a balancing act for the years ahead will be environmental factors. “There needs to be sustainable production, both economically and environmentally viable and Ireland is leading the way in that.”

Tyrrell noted the protection of soil and waterways were key, and regulations such as nitrates, water framework and birds and habitats will play a key role in this balance.

“We need to drive the more efficient use of resources,” he added.

In terms of the global economy, Tyrrell described the research predictions are hugely exciting for Ireland’s farming sector. “10 years ago we had not had a good grasp of this data, but now we do and the mind boggles at the opportunities, especially in markets such as China and India. For example population growth is set to grow to nine billion by 2050. The middle class is set to grow by three billion by 2032.”

At farmgate level Tyrrell predicts technology and new IT advancements will be to the fore. “Take milking robots, it was not long ago that people would not believe you if you said you could use a robot to milk and this is starting to take hold here in a big way.”

Tyrrell also referred to advances in GPS in the spread of fertilisers, precision farming techniques and the drive towards genomics.

“Years ago this technology was prohibitively expensive but it’s easily affordable and available now,” he added.

The agri-consultant also referred to New Zealand and the lessons that Ireland should learn from its dairy expansion. In 1979, New Zealand was milking 5.7m tonnes and the average herd size was 121. In 2013 it now milks 18.9m tonnes, with an average herd size of 402, average 2.85 cows per ha and milk solids per cow is at 346, he explained.

“New Zealand is known as low-cost producer, similar to us. It has had no market supports since 1980. It was traumatic at the time, some businesses closed, but radical change came in the processing and marketing structure. The Asian market is key for its growth where now New Zealand is dependent on exports, it exports 95 per cent of what it produces.”

Tyrrell did caution that there is also serious farm debt concerns in New Zealand, currently the level of debt is at €20bn.

In terms of the changing landscape of Ireland’s herds, he said the statistics show the national dairy herd is rising, from just under 1.1 million in 2008 to 1.15 million in 2013, and Food Harvest 2020 targets are for the dairy herd to increase by 21 per cent by 2020 to 1.3 million. “The national suckler herd however is in decline,” he noted, adding that it is difficult to predict this decline for the next number of years.

Another factor to consider in Ireland’s expansion drive, according to Tyrrell, is the use of fertilisers.

“Nitrogen use is set to rise by 16 per cent for the sector. The dairy share of total N will go from 53 per cent to 64 per cent and this is due to the increase in stocking rate,” he forecasts, noting that this can be done without breaking Nitrates regulations.

“What is key is that we need to ensure that P levels do not decline and more research to optimise N and P use,” he added.

In conclusion, he said that there are great opportunities for Ireland and it is one of the best placed countries in Europe to take advantage of the ending of milk quotas. “Us hitting a 50 per cent increase in production will not tip the global or European balance. It is a great opportunity for us.”