Haulage of fodder to be exempt in new height limits 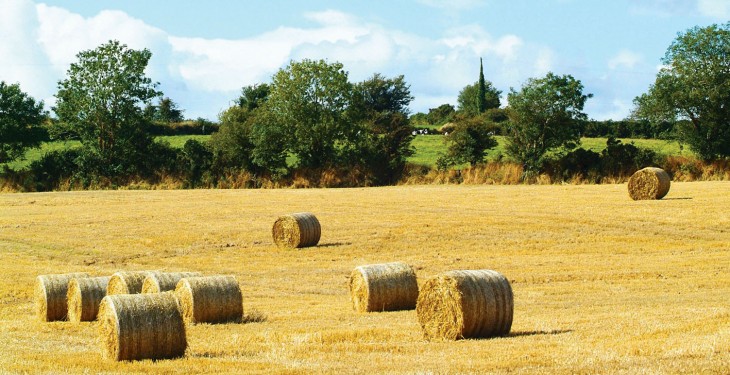 UPDATE: The drafting of exemptions is under way for the haulage of agricultural fodder in Ireland’s height limits regulations brought in recently. Fine Gael TD for Kildare South Martin Heydon confirmed the news this afternoon.

It is understood Minister for Transport, Leo Varadkar, has agreed to a proposal to allow a derogation from vehicle height restrictions for the haulage of hay and straw.

In response to a question from Deputy Heydon, Minister Varadkar confirmed this afternoon he has asked his officials to draft regulations to allow for a narrow exemption for the haulage of agricultural fodder from the height limits brought in by the 2008 regulations.

“This is an issue I first raised with Minister Varadkar back in October when the implications of the changes being introduced were highlighted by very concerned hauliers and farmers in Co Kildare. Following discussions with my Dáil colleagues I became aware that this was also an issue in other parts of the country as well as for farmers in the West who rely on the hay and straw being transported to them.

“I brought a delegation of hauliers from Kildare to meet Minister Varadkar in November and he took on board the specific concerns they raised with him.”

The new restrictions, which became active last November, were signed into law by Minister Varadkar’s predecessor Minister Noel Dempsey in 2008 and allowed for a five-year washout period.

Heydon continued: “While it is unfortunate that these concerns were only raised by the agri-sector immediately prior to the expiry of the five-year period in October last year, I am delighted the minister was able to accommodate my proposal for a specific agricultural fodder derogation.”

According to the Kildare South TD, the proposed height restriction of 4.65 metre would in many cases have meant hauliers having to transport one third less bales per load, thereby significantly increasing the overall cost per bale for hard pressed farmers who are still trying to recover from the fodder crisis last year.

“These regulations were designed to address the issue of higher trailers driving through cities due to the height of the Dublin Port Tunnel, along with the Jack Lynch Tunnel in Cork and the tunnel in Limerick. However loads of hay and straw were not seen as the causes of damage through bridge strikes and so this derogation has been allowed following consultation with Irish Rail.

It is understood these change will be implemented in the coming weeks.

“It is important that this derogation is in place as soon as possible,” Heydon added. “Due to the recent bad weather farmers on the western sea board in particular, will have significant fodder requirements and the transportation of fodder from other parts of the country will be difficult until this change becomes law.”

The IFA met the Minister Varadkar last week to highlight the enormous additional and unnecessary costs of transporting fodder and other agri-related produce that would have been imposed on farmers.

“Farmers could have faced an additional €300-€400 charge for every load of fodder transported. The height restriction would also have resulted in increased numbers of loads of farm produce being transported on public roads.”

Kingston added: “Minister Varadkar has recognised the difficulties this would have caused for farmers in going about their day-to-day business. This is a practical response to the issues that we raised with him.”