Irish farmers should stop talking about the “green image” of farming and assert it as reality, renowned agri-food researcher Prof. Patrick Wall has said.

The researcher, who has trained as both a doctor and a veterinarian, is now an associated professor of public health at University College Dublin. 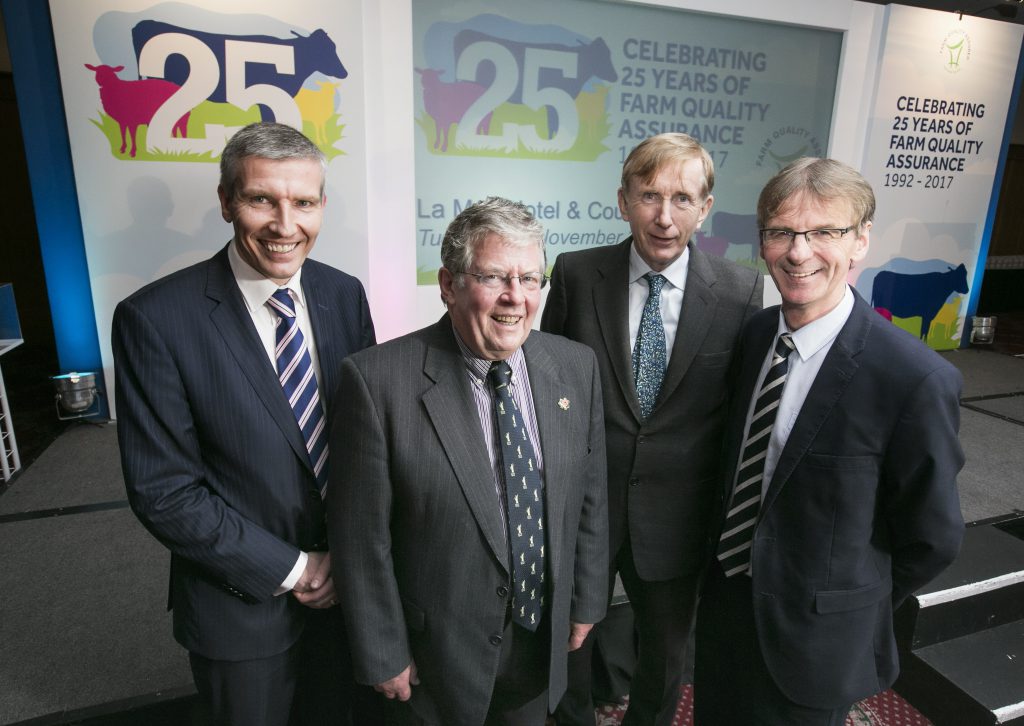 He made the comments speaking at the double celebration for the 50th anniversary of the Livestock and Meat Commission (LMC) and the 25th anniversary of its Farm Quality Assurance scheme last night.

It assures consumers of: good production methods being used; good quality of care of animals; and in the production of beef and lamb which is wholesome, safe and free from unnatural substances.

Wall said travelling had made him appreciate Irish agriculture and its standards even more.

He said: “Farmers often say to me, ‘It’s a spectacular environment that we work in and live in, but you can’t eat scenery’.

“But the truth is that it’s great to be in a country where there are so many things you can take for granted – like breathing fresh air and drinking clean water from a tap.

When you see the videos [of our farms], you have to ask yourself, ‘Are we underselling the product that we have?’

“In China, when you see an image of animals in a field that’s an image – that’s photoshopped.”

The advent of Brexit

Wall went on to say that the work of LMC and its Farm Quality Assurance scheme was about to become even more important with the advent of Brexit.

He said: “People are worried about Brexit, but I don’t think it will be such a disaster for Northern Ireland farmers – there’s 63 million people to be fed [in the UK].”

“I think the Quality Assurance scheme is going to do a lot more now in the challenging times of Brexit.

At the top end of the market the British consumer has got used to things like Country of Origin, to buying British, Quality Assurance, good animal welfare standards – and that will be four aces that you will have to continue to play.

“So if you thought the scheme was important over the last 25 years, as we go forward, it will become even more important; because it will be a big point of differentiation for yourselves and I think that for Northern Ireland farmers things look good.”