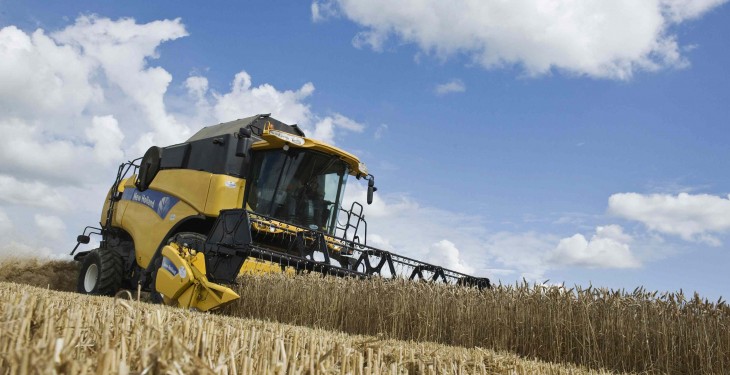 More than 350 people across Ireland attended the  Teagasc-organised National Tillage Crops Forum 2013 in the Keadeen Hotel in Newbridge, Co Kildare this afternoon.

Below is a snapshot of the presentations on winter cereals varieties for 2013, profit from crop and farm analysis and the outlook for the grain market.

Teagasc’s Ciaran Hickey, business and technology tillage expert, spoke on profit from crops and farm analysis. He said on-farm collection of data, such as Teagasc’s Machinery Cost Calculator, eProfit Monitor, Fuel, eCrops, Usage technology, were key to maximising profits. “A good plan today is better than a perfect one tomorrow.”

In terms of high-cost production farm systems, he said such farms were very much exposed to volatile markets.

Hickey outlined the current average breakdown of costs for a tillage farmers: 36 per cent interest repayments, 30 per cent diesel, 25 per cent repairs and runnings, 9 per cent to contractors. He said overall there was a huge range in terms of costs, for example Teagasc estimates machinery costs for tillage farmers ranges from €68/ac to €149/ac.

In terms a breakdown of winter barley costs, he said fertiliser was 31 per cent, machinery was 24 per cent, chemicals 20 per cent, other fixed costs 18 per cent and seed 7 per cent.

In conclusion, the Teagasc expert said: “You have more control over cost than price. Machinery costs are the most variable cost across farms. Justify machinery before you buy, not afterwards. What are your costs? It was not raining when Noah built the ark.”

RH Hall’s John Bergin spoke on the outlook for the grain market. RH Hall is one of Ireland’s biggest importers and suppliers of animal feed ingredients for feed manufacturing.

Bergin noted a bullish global market during harvest 2012/December 2012 due to extreme weather, drought in the US and UK wetness and small wheat crop in exporting areas of Russia, Ukraine.

He said the market had drifted since December 2012: wheat €90 lower, corn €50 lower (new crop minus €100). He said a large south American corn crop, followed by a large northern hemisphere crop effectively broke the market and the price is now back at a five-year average. In terms of Irish cereal production, he predicted wheat 2013 at 514,000 tonnes, barley 1,083,000 tonnes, oats 145,000 tonnes, 1,827,000 tonnes in total, a predicted increase of 16 per cent on last year. Bergin then outlined the global cereal market, in particular the US, which he said was key to understanding the Irish and European market.

Among the main global market points were:

In conclusion, Bergin said the outlook for 2014 and 2015 was mixed. “A rebound in production with the better weather, but rotation maybe a limiting factor in the UK in particular.

“Prices have fallen a lot but they are still at or above the last five season average. Domestic and EU/Black Sea harvest is set to add pressure to prices, in particular barley. Wheat is to stay strong on smaller UK and Ireland crops. The corn value is set to continue to dominate price evolution. Wheat trade is at a premium to maize and we are currently in a year of stock rebuilding.”

Dr Josephine Brennan from the Department of Agriculture outlined the results of its latest cereals variety trials. She said 2013 was set to be good year for cereals, in terms of yield and grain quality. She reported a dramatic decrease in winter sowing, in particular a huge reduction in winter oats.

In terms of the trials, she said the variety in weather conditions the past three years highlights the importance of the department’s trials. She added that the recommended winter barley 2014 list will be out next week. She then outlined latest trials results, barley, oat, wheat, which will be available on the Teagasc website tomorrow morning.

Pesticide Concerns: An update from the National Tillage Crops Forum on Ireland’s pesticides plan, an insight into the IPM programme adoption in the Netherlands and the great debate on Ireland’s implementation, the challenges ahead for pesticide advisors, distributors, farmers and inspectors.